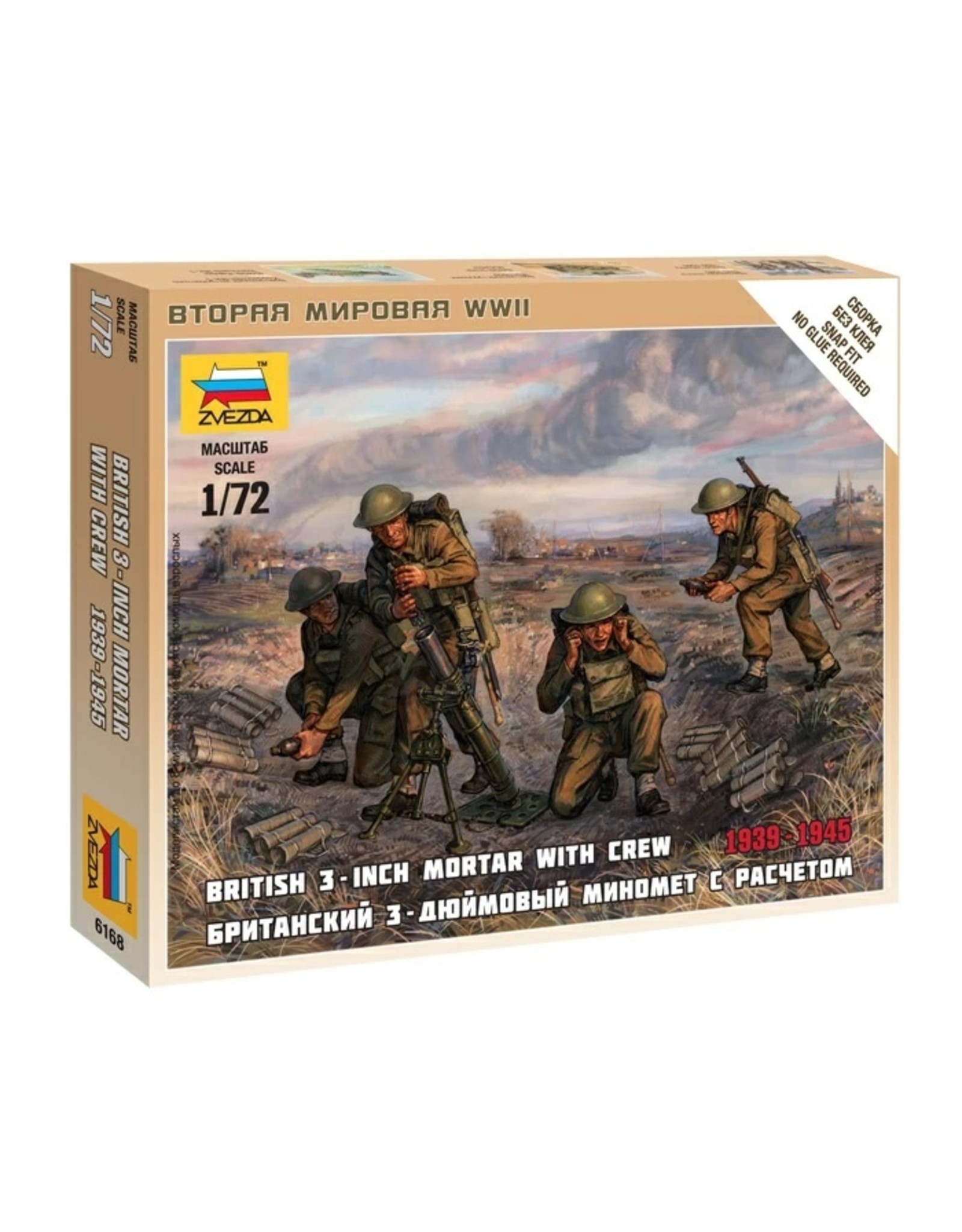 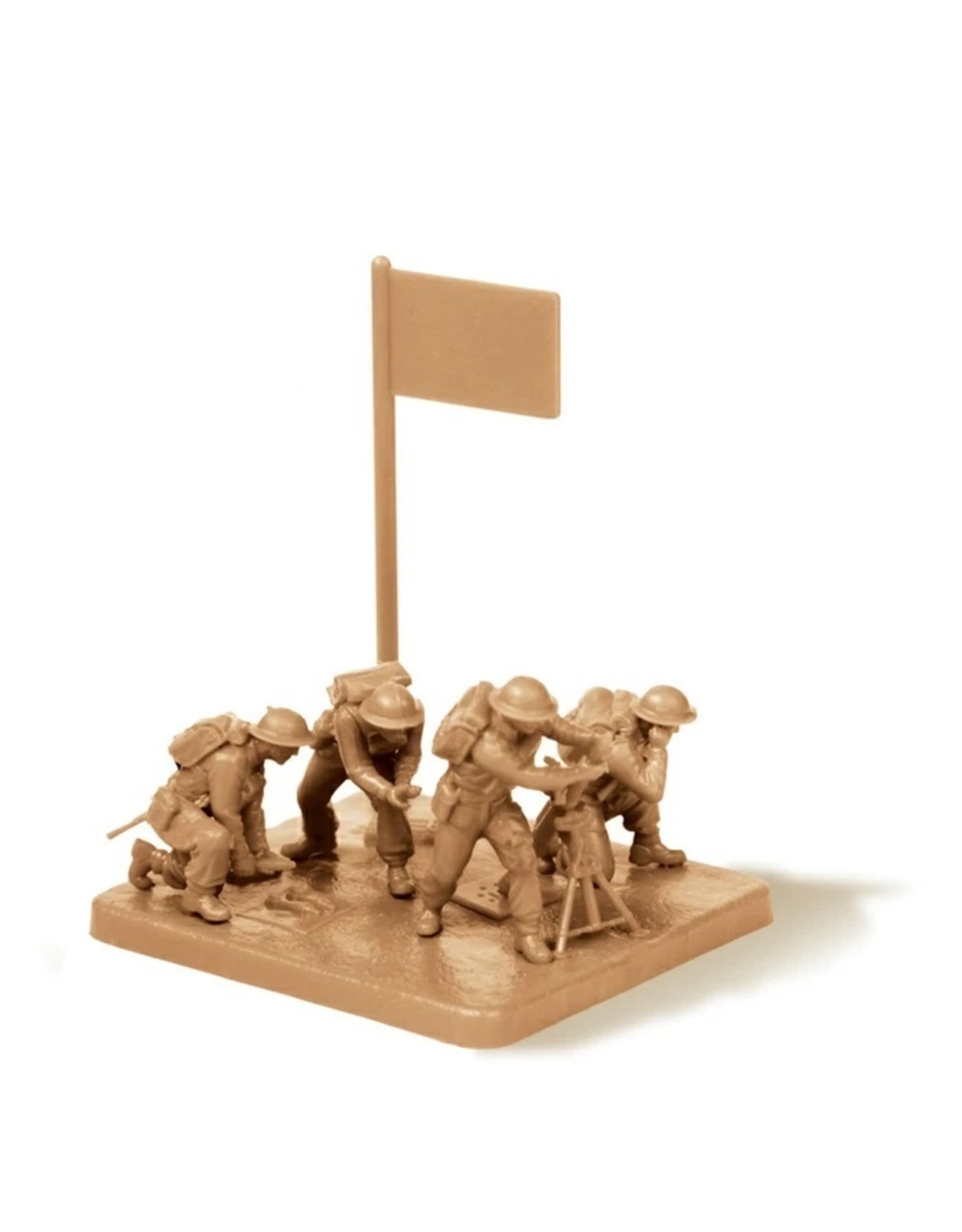 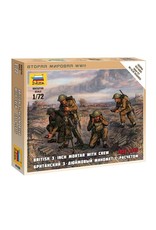 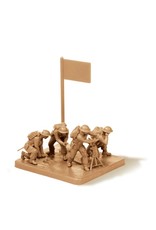 The standard mortar used by the British army during World War II was the Ordnance ML 3-inch mortar, sometimes called the Mark II. Based on the lessons of World War I, the British military wanted to attach some form of light artillery to its infantry units. When this proved too expensive, a portable and reliable mortar was adopted instead. The design was improved many times over the course of the war, and this weapon would continue to see use into the 1960s. Even though it was called a 3-inch mortar, this weapon actually had a 3.2 inch caliber (or 81.5mm). It was a conventional-style mortar: muzzle-loaded with shells that were fired by dropping them into the firing tube. Early war models of the 3-inch mortar had an effective range of about 1600 yards. Later designs would expand this range to nearly 2800 yards.