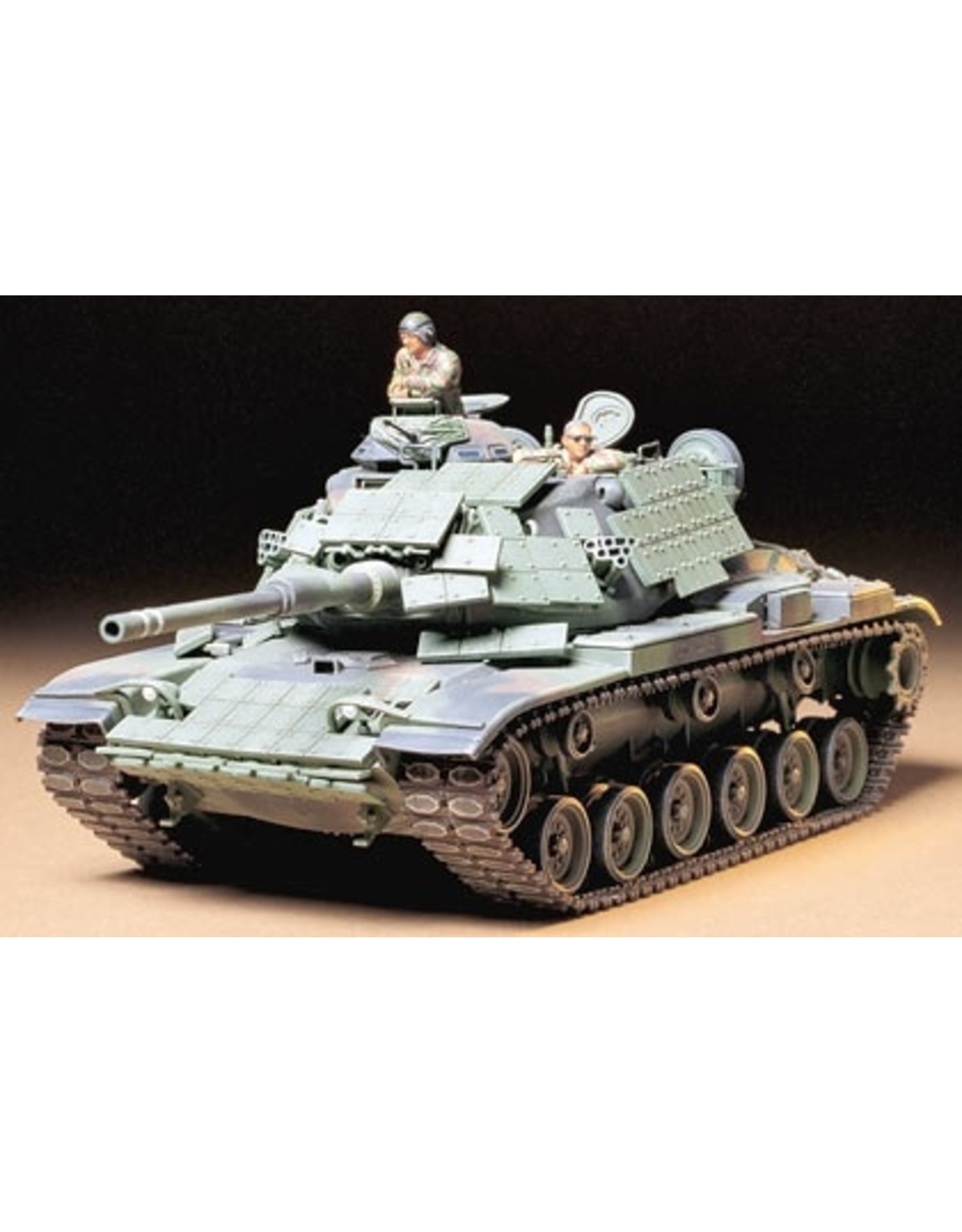 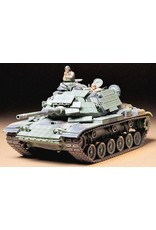 The design for the venerable M60 tank series dates back to the mid 1950's, and had been a mainstay in the U.S. armed forces since then. In order to survive the increasing demands of battlefield operations, it has undergone numerous upgrades and improvement throughout the past 30 years. First produced in the Warren Army tank plant, Detroit, Michigan, U.S.A. in October 1963, the type M60A1 variant has been acknowledged one of the masterpieces in U.S. armor history.

Major improvements found in the A1 version was the M68 105mm main gun, which was mounted in a sleek wedge-shaped monobloc-cast turret. The U.S. Marines, who currently operate he M60A1 tank, have opted not to upgrade it to the A3 version because of plans to employ the M1A1 Abrams main battle tank. However, they did install the state-of-the-art reactive armor array on their M60's for improved survivability against shaped-charge missiles and shells, calling the tank an M60A1 + (plus).

The externally mounted reactive armor (ERA) used on the M60A1 + tanks is a bolt-on kit, that is spaced away from the main armor, adding additional dead air space for increased protection. Combined with the RISE (Reliability Improved Selected Equipment) program, including the improved stabilized gun, passive searchlight, a new air cleaner, etc., the M60A1 + is highly capable of remaining in the front line operation as proved during the latest Persian Gulf Conflict.