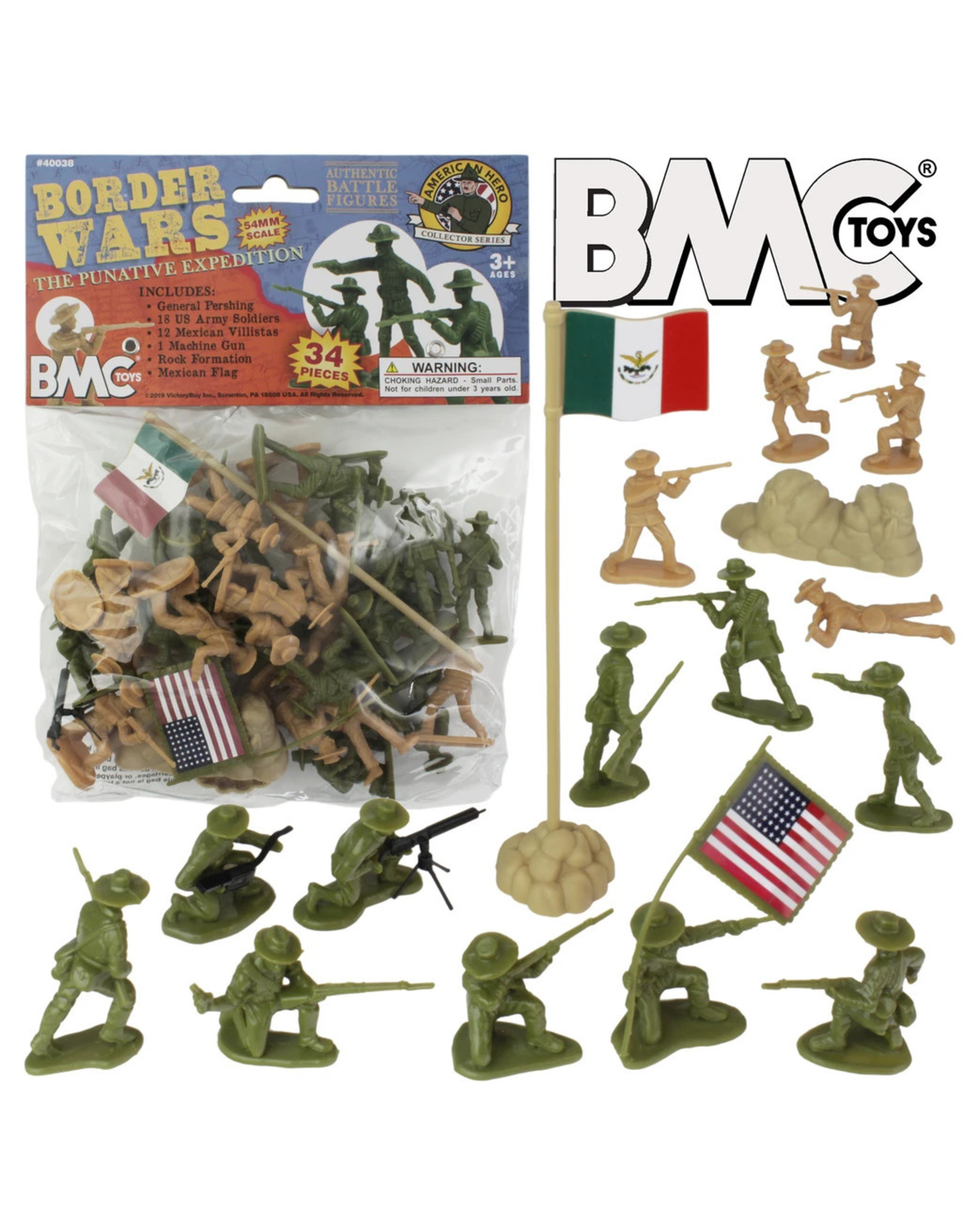 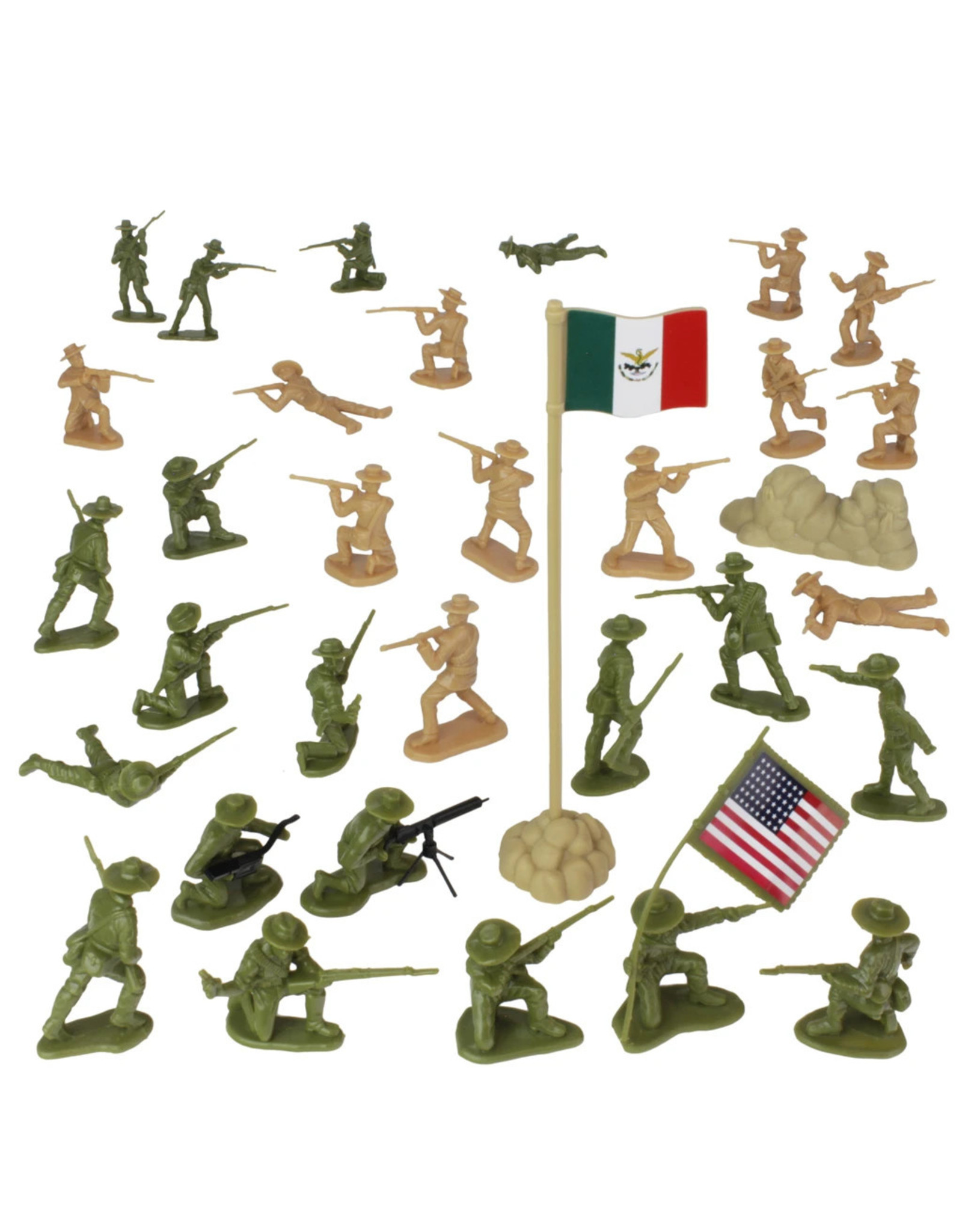 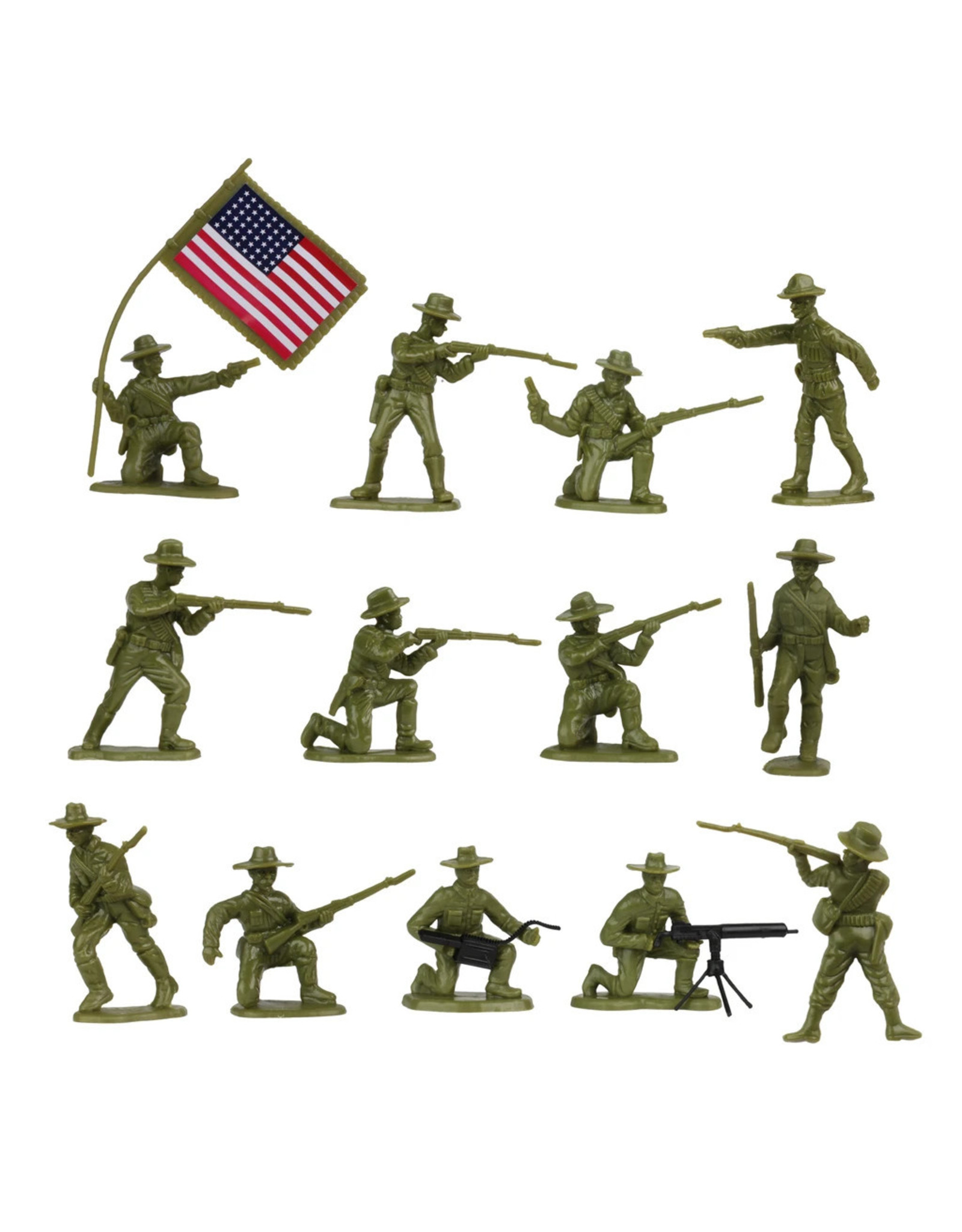 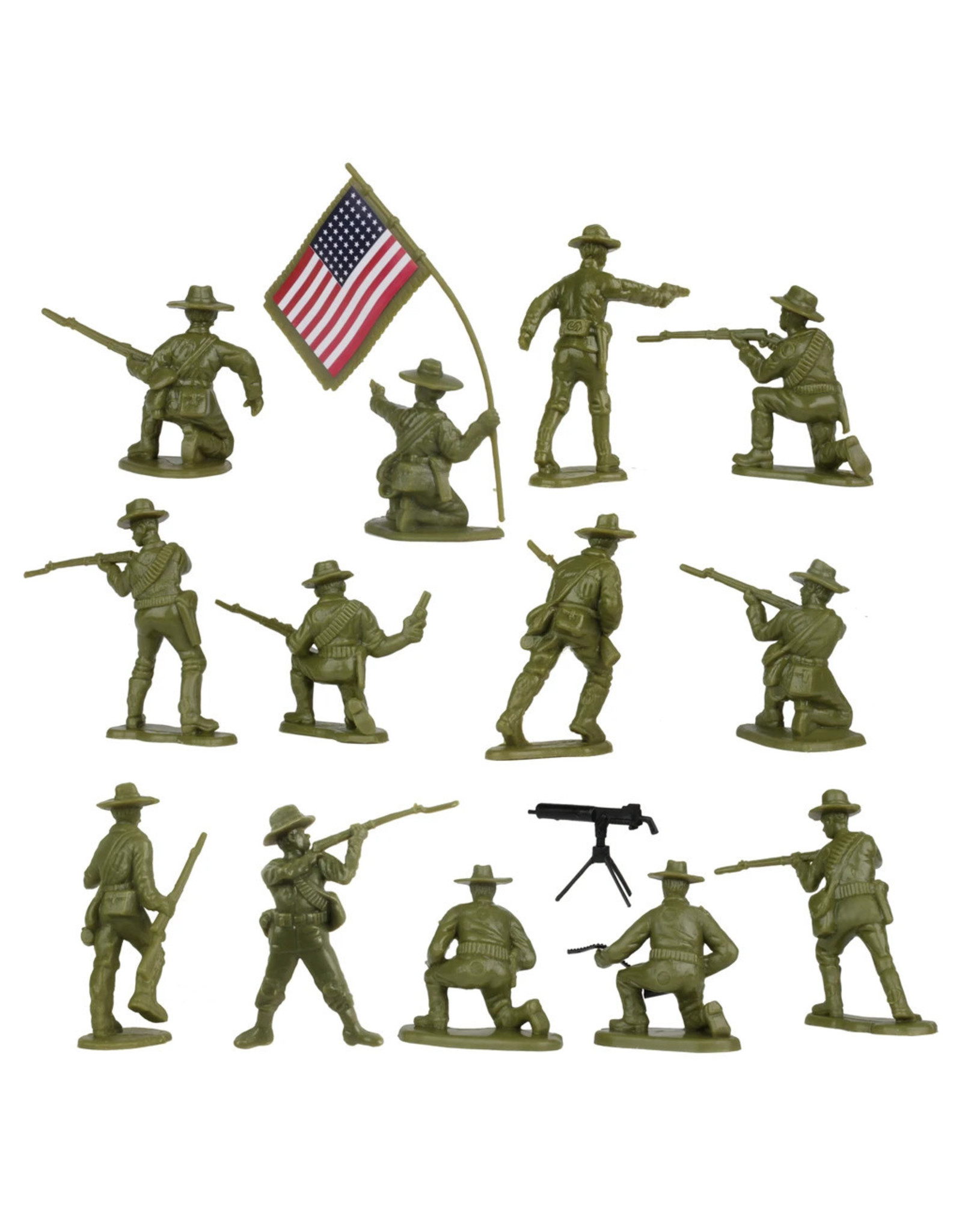 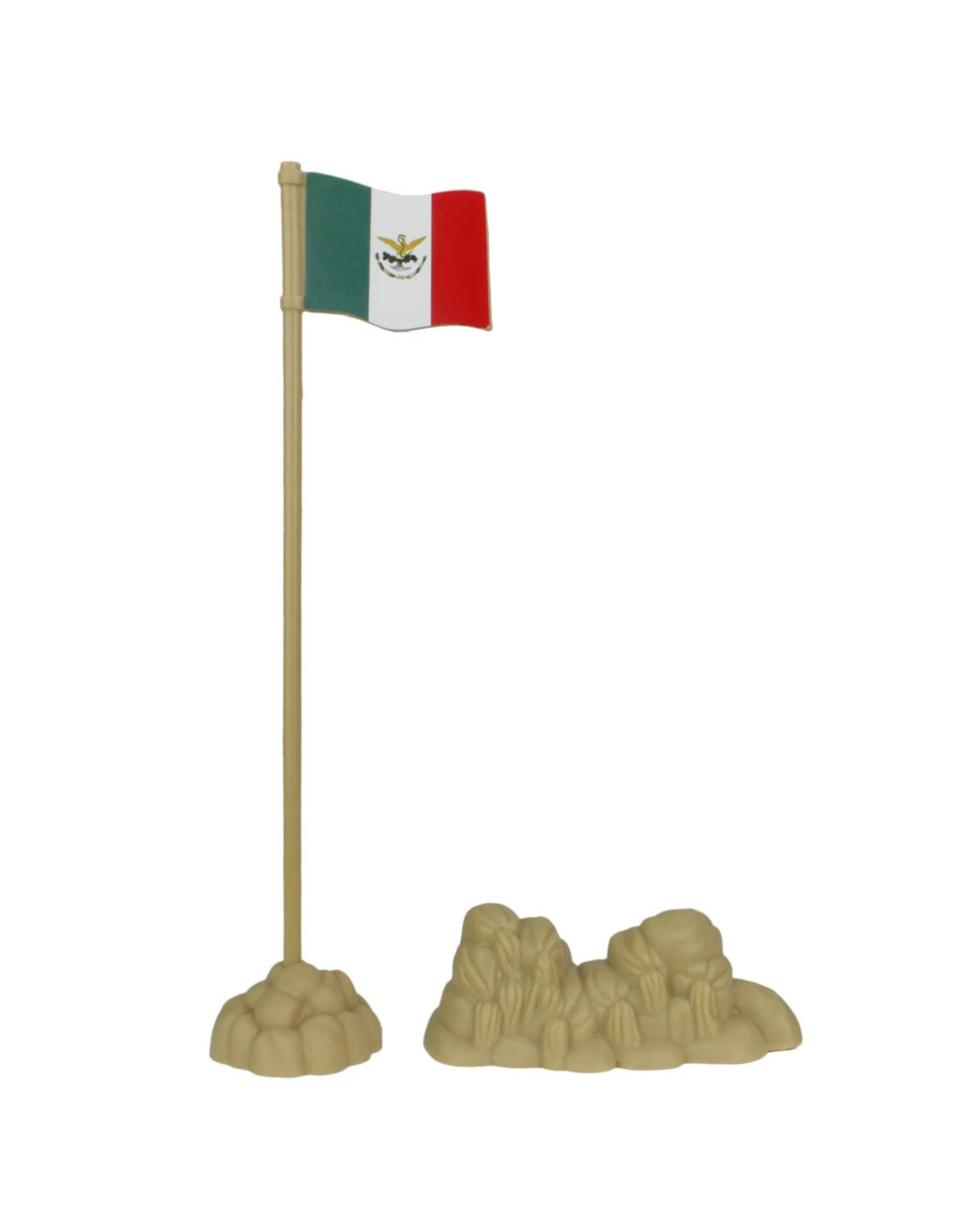 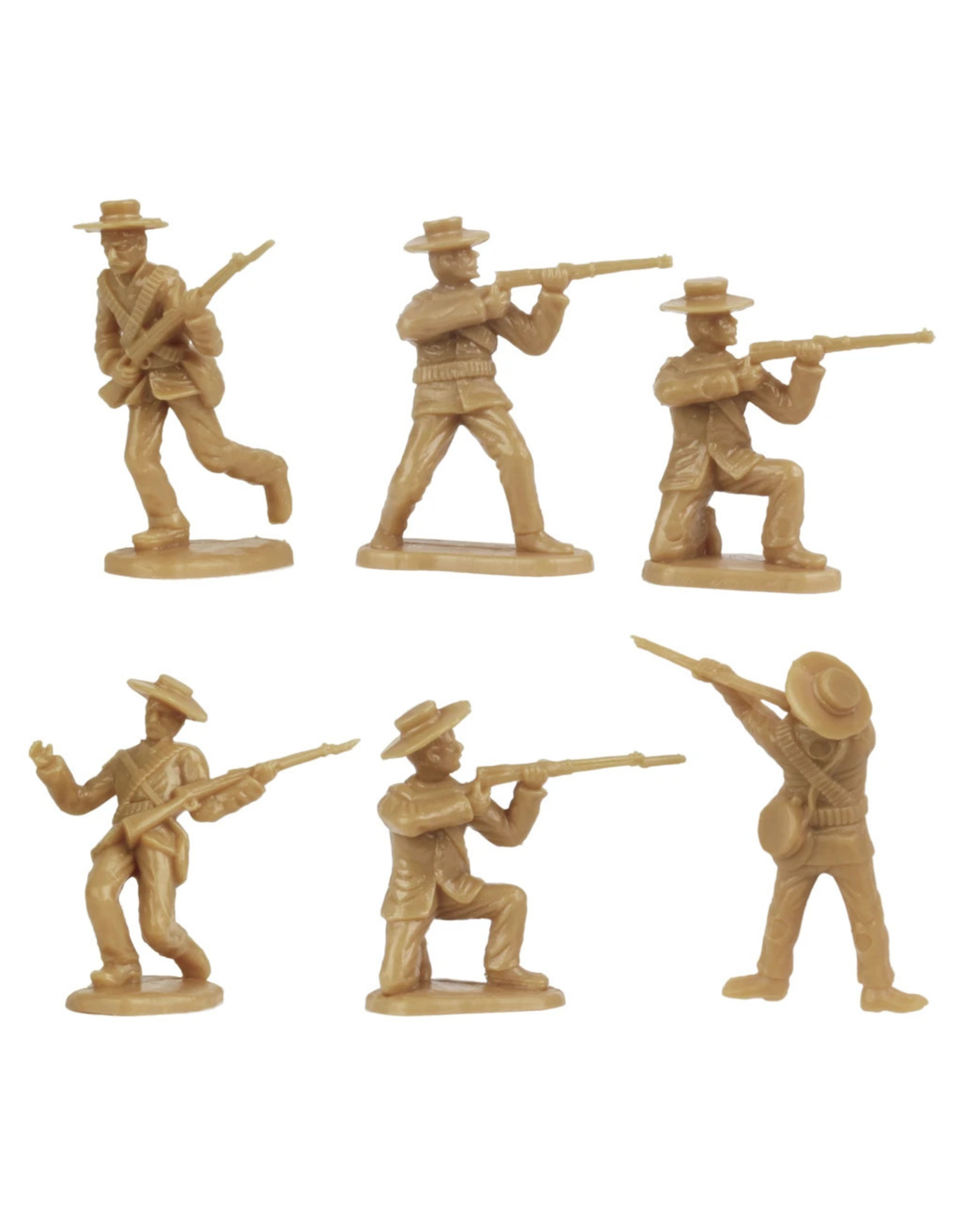 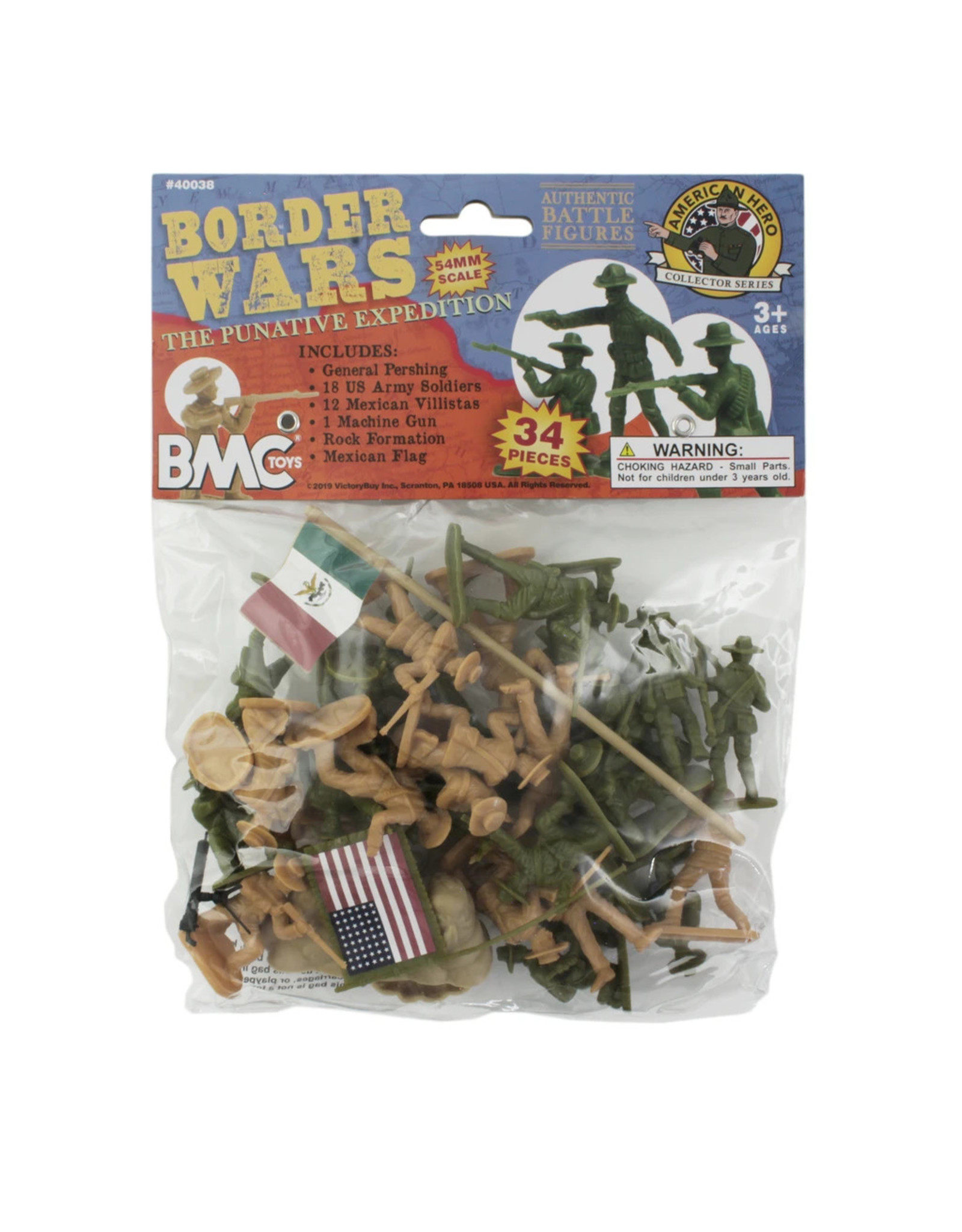 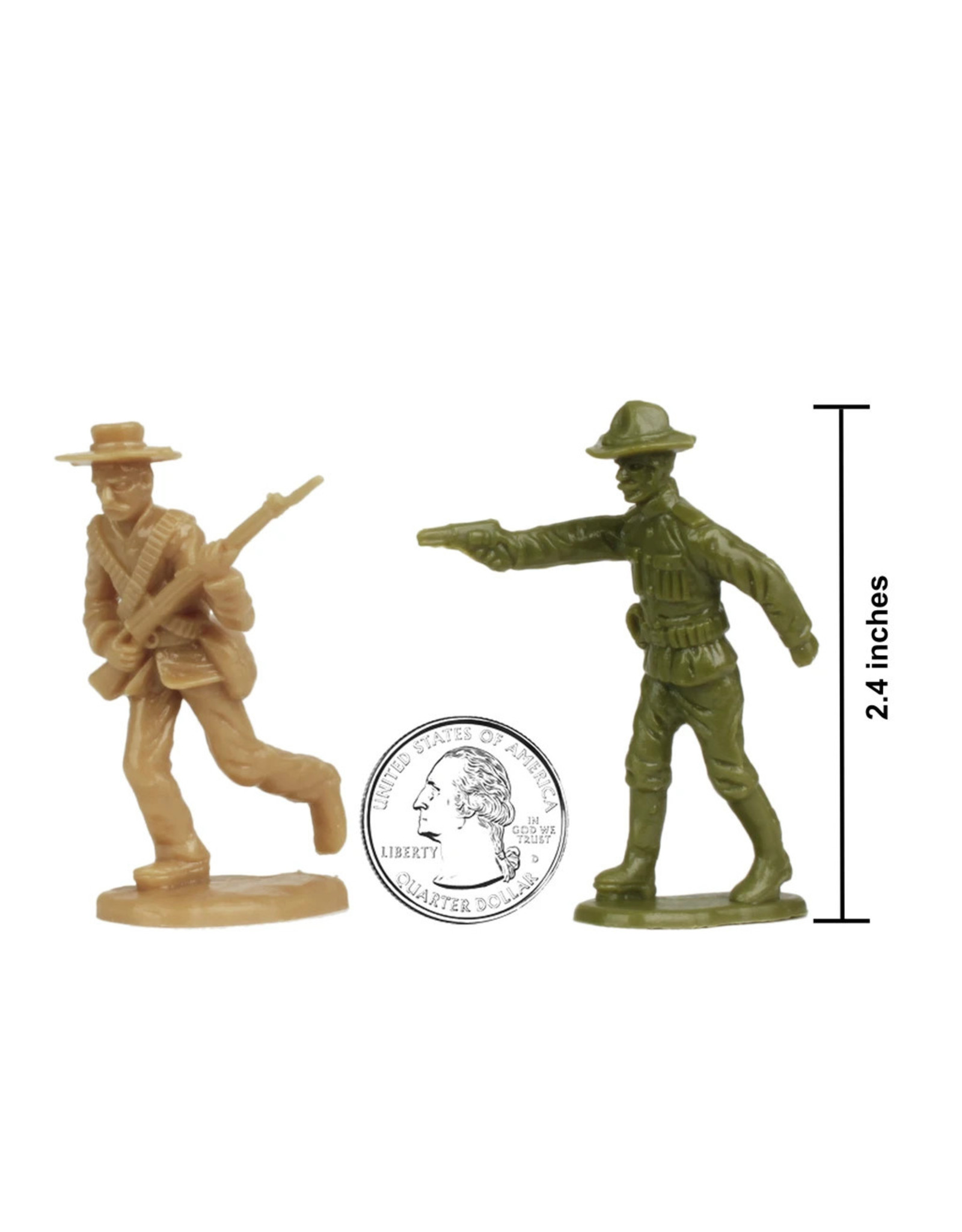 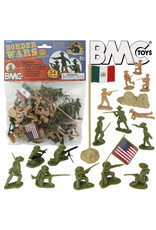 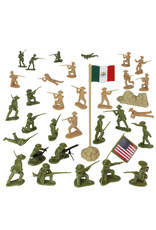 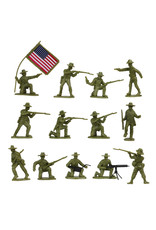 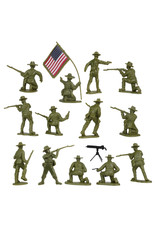 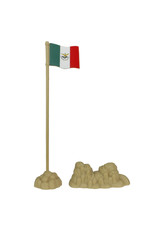 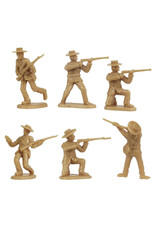 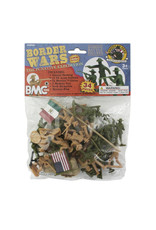 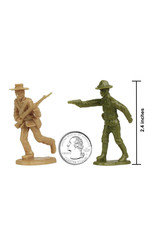 Made from fairly flexible LDPE plastic with medium detail and very little flashing, figures stand up to 2.25 inches tall and are about 1:32nd scale. Please note the pole for the US flag bearer doesn't stand up straight due to the softer plastic used for this edition. These figures were first offered in 1999 as part of the BMC Toys THE ROUGH RIDERS CHARGE UP SAN JUAN HILL boxed playset and have not been produced in more than a decade. This new figure set features the further exploits of John Pershing, the Buffalo Soldiers, and the US Army during the Mexican Revolution at the sunset of the old west and dawn of the WW1 era.

BMC Toys was founded by Bill McMaster in 1991 and specializes in producing historically accurate plastic army men figures and playsets in the classic style of the 1950s and 1960s. Packaged in polybag with header card and recommended for ages 5 and up.