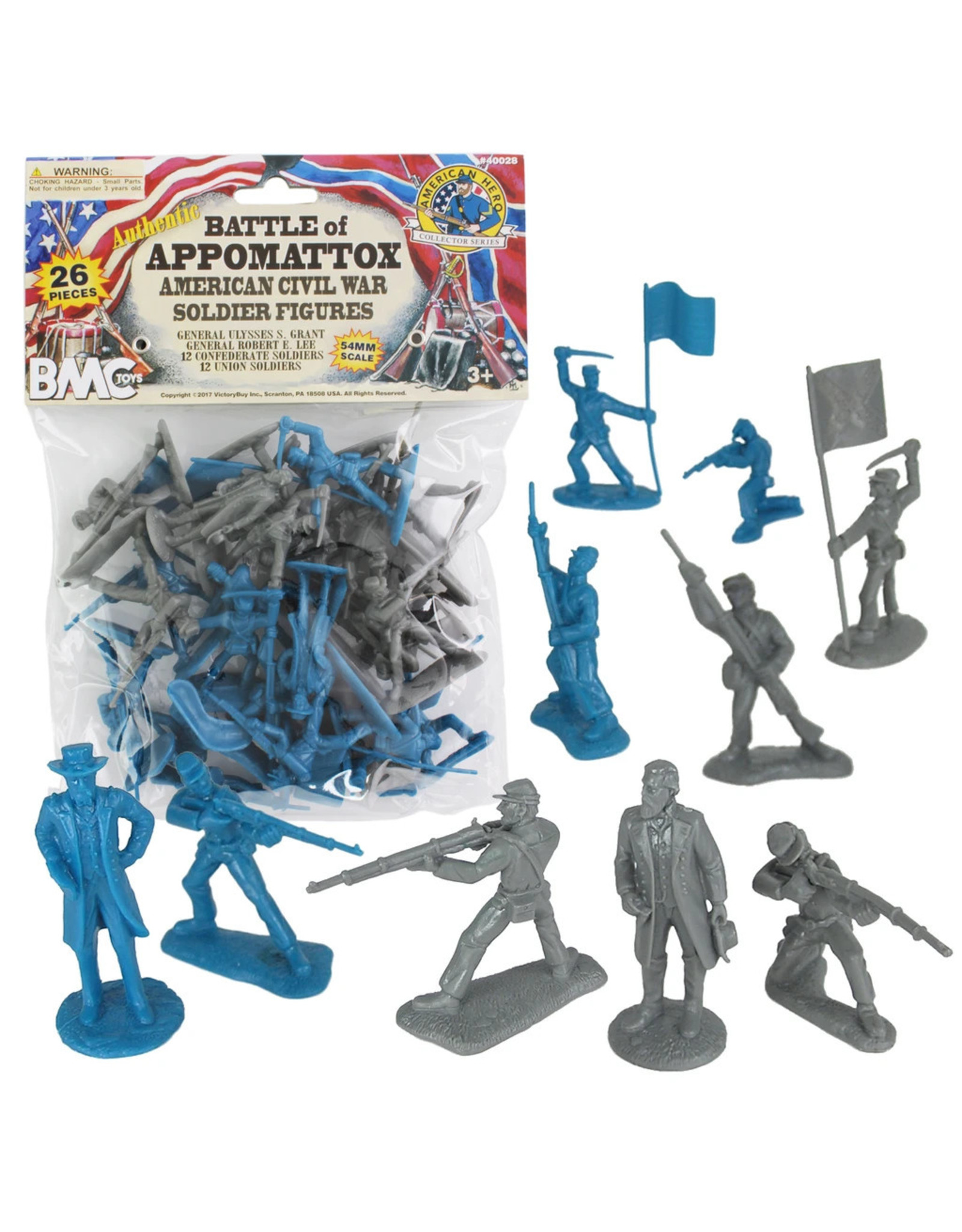 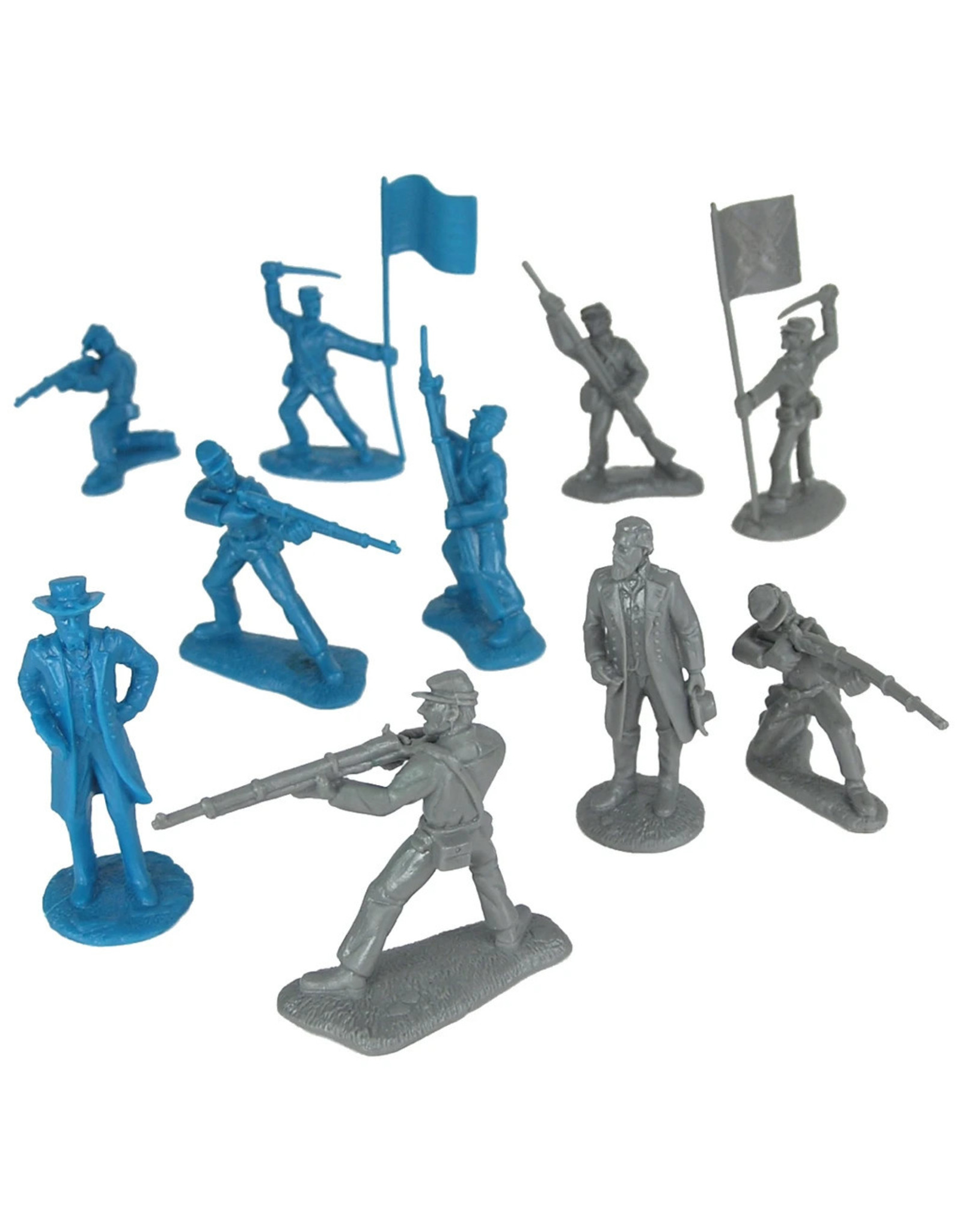 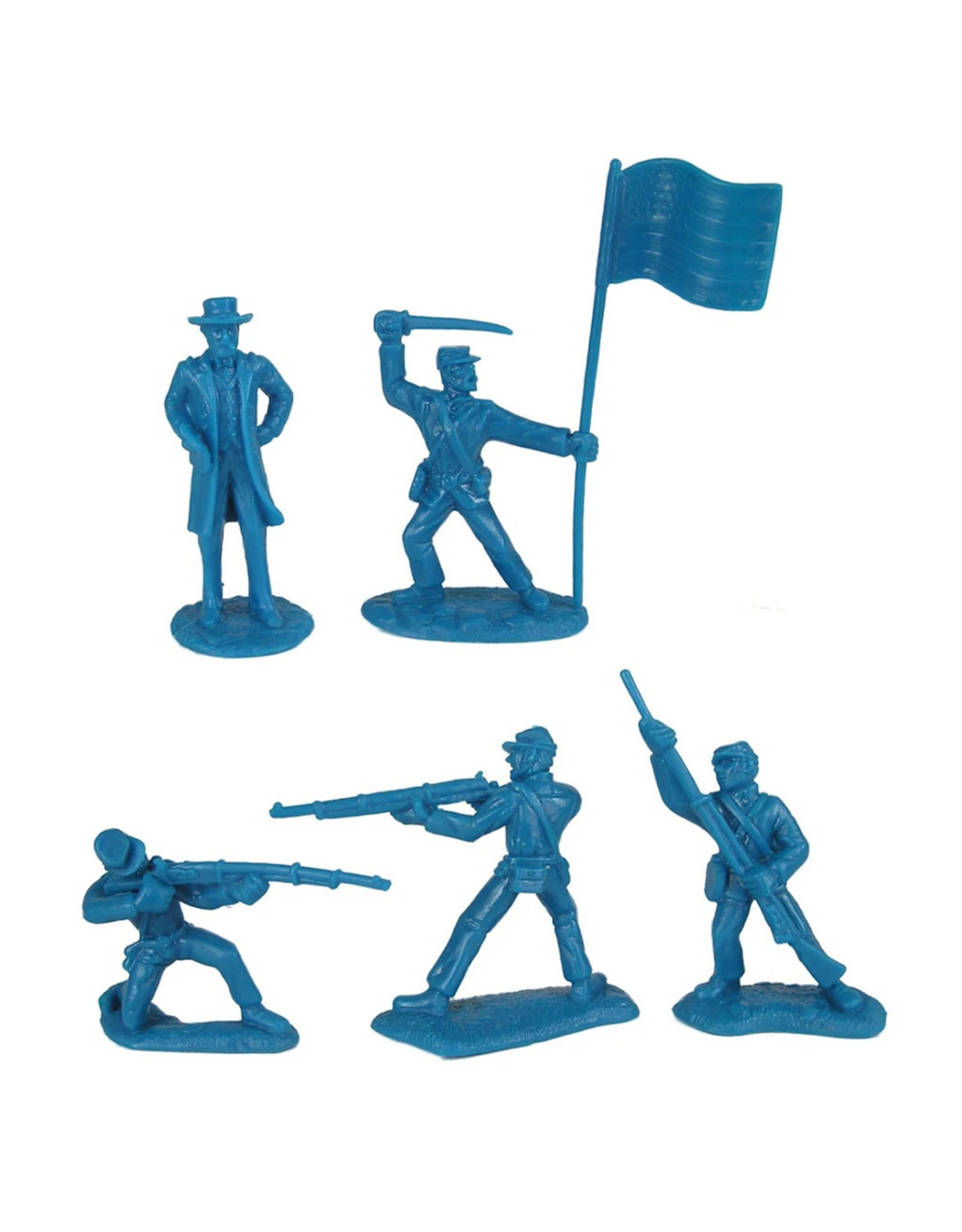 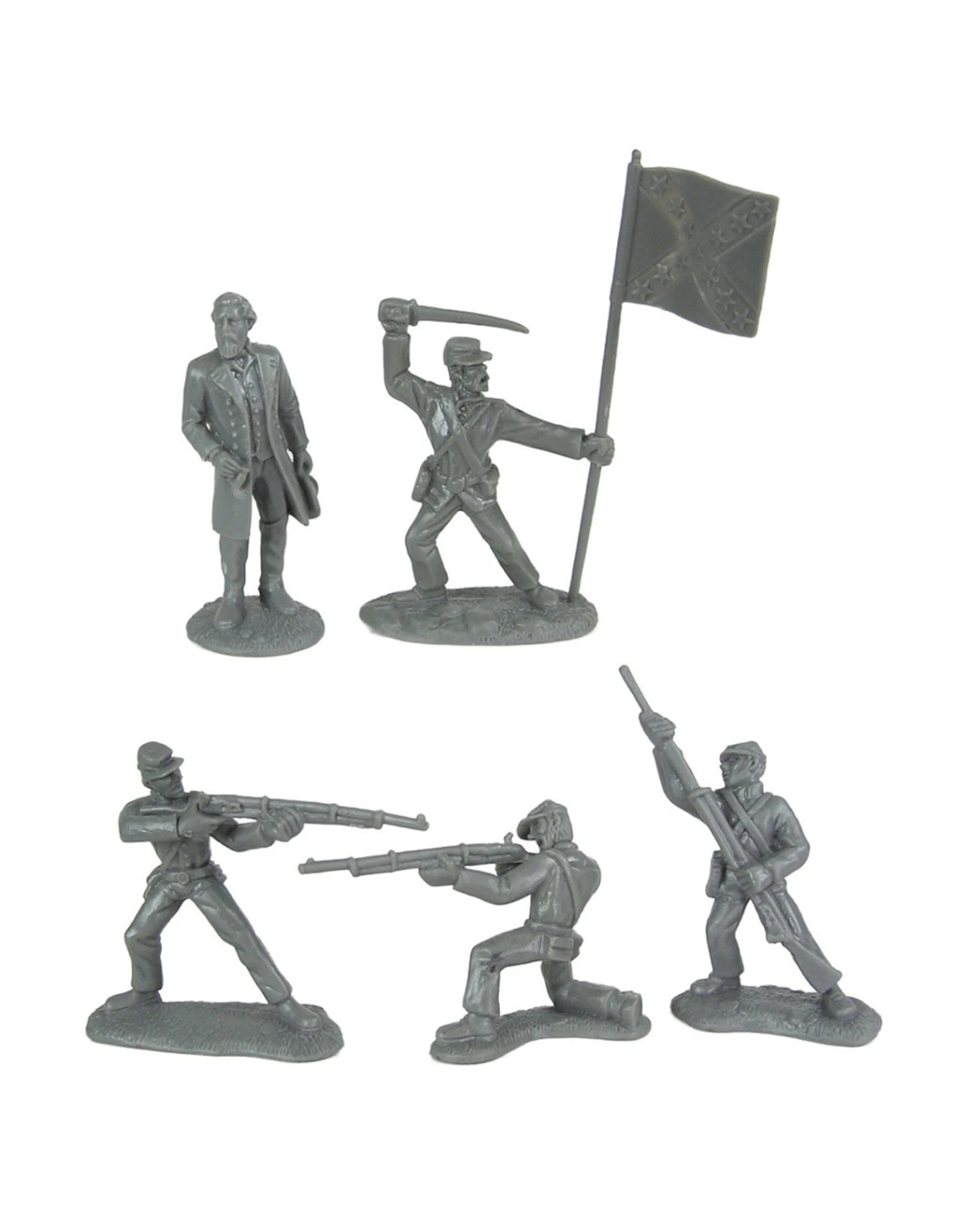 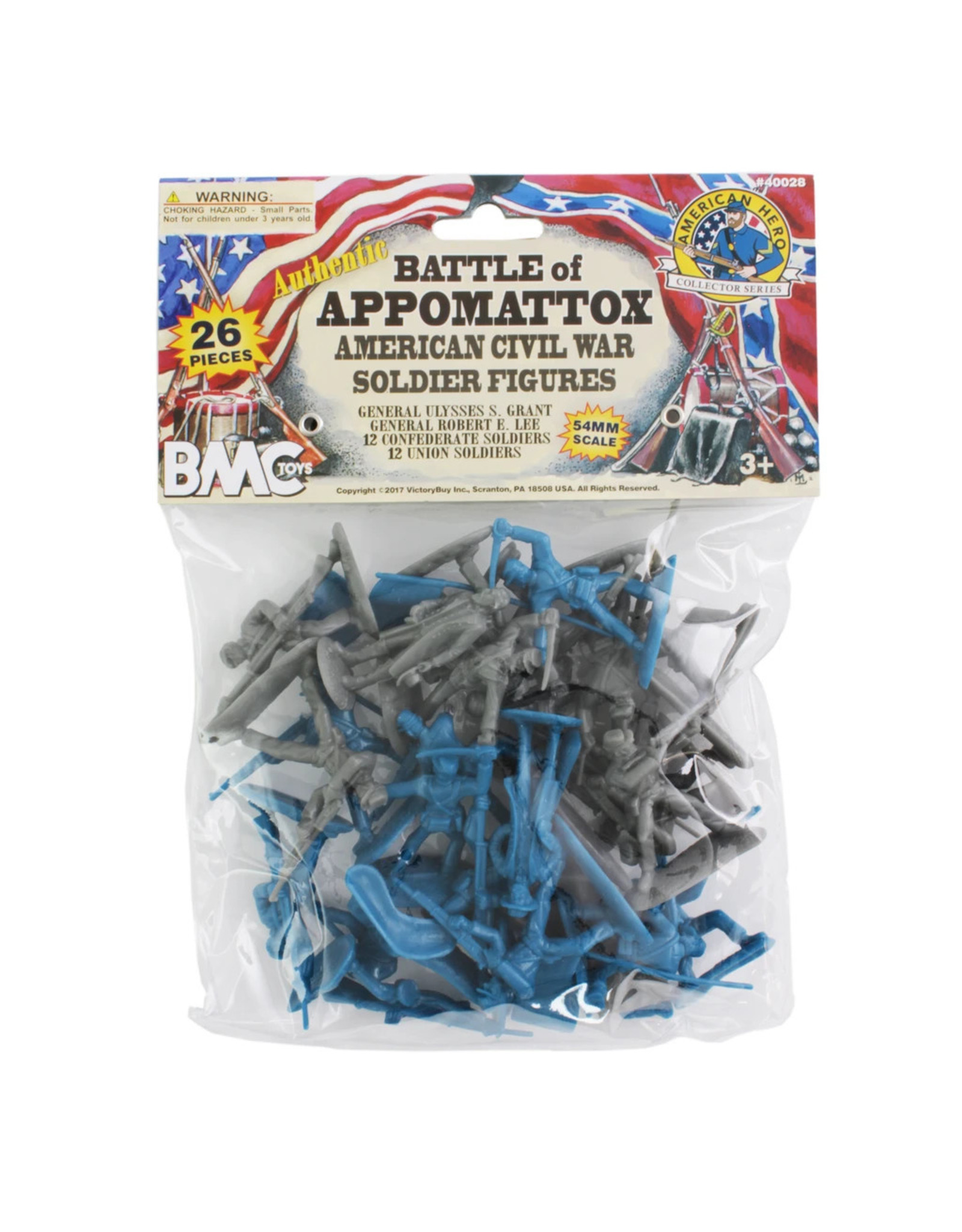 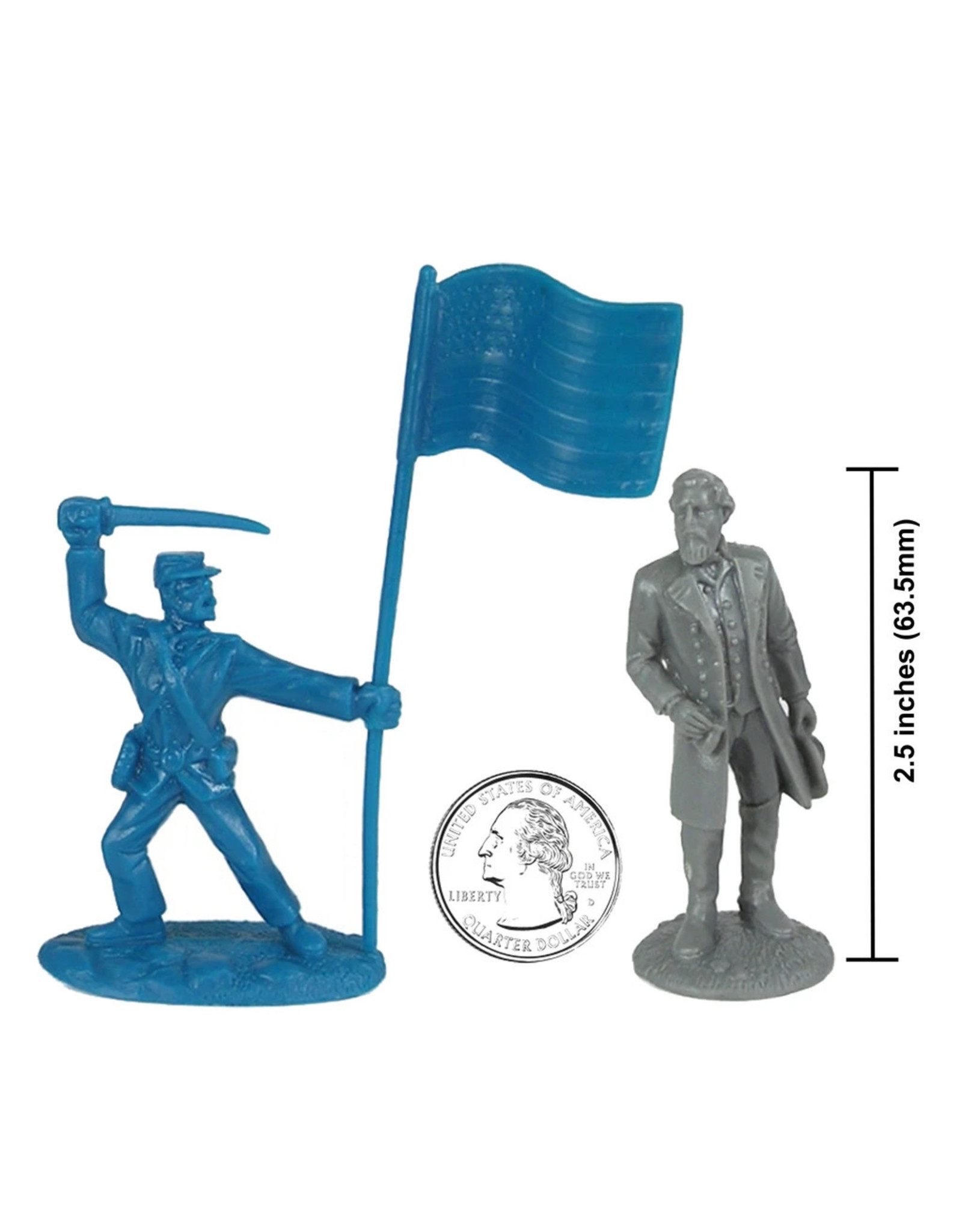 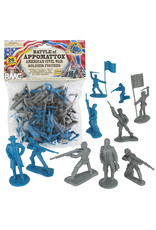 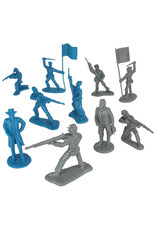 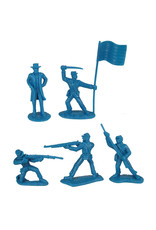 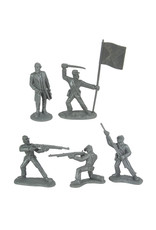 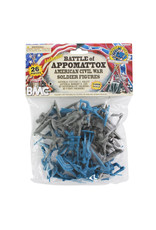 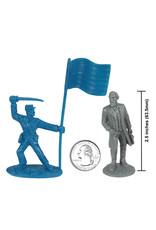 From the BMC Toys AMERICAN HERO COLLECTOR SERIES, one of the final battles between the North and South: The American Civil War BATTLE OF APPOMATTOX 26 piece plastic army men set has 6 different figures, 2 flags and includes 13 Union Troops in blue and 13 CSA Soldiers in gray. This set features character figures of Generals Ulysses S. Grant and Robert E. Lee.

Made from fairly stiff, very durable, polypropylene plastic with good detail and almost no flashing, figures stand up to 2.5 inches tall and are about 1:32nd scale.

BMC Toys was founded by Bill McMaster in 1991 and specializes in producing historically accurate plastic army men figures and playsets in the classic style of the 1950s and 1960s. Packaged in polybag with header card and recommended for ages 5 and up. The 2017 release features all new header card art and an increased figure count from 18 to 26.