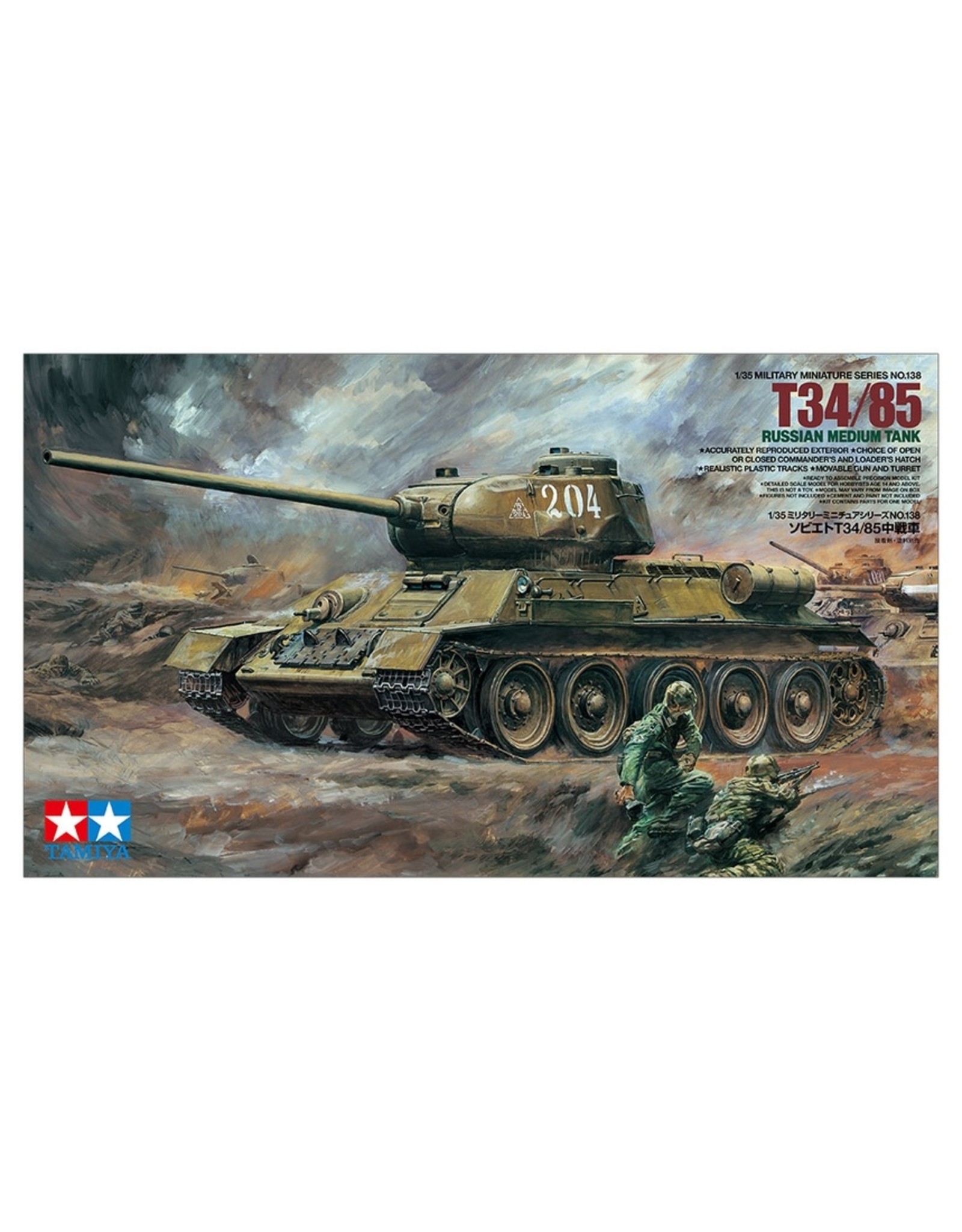 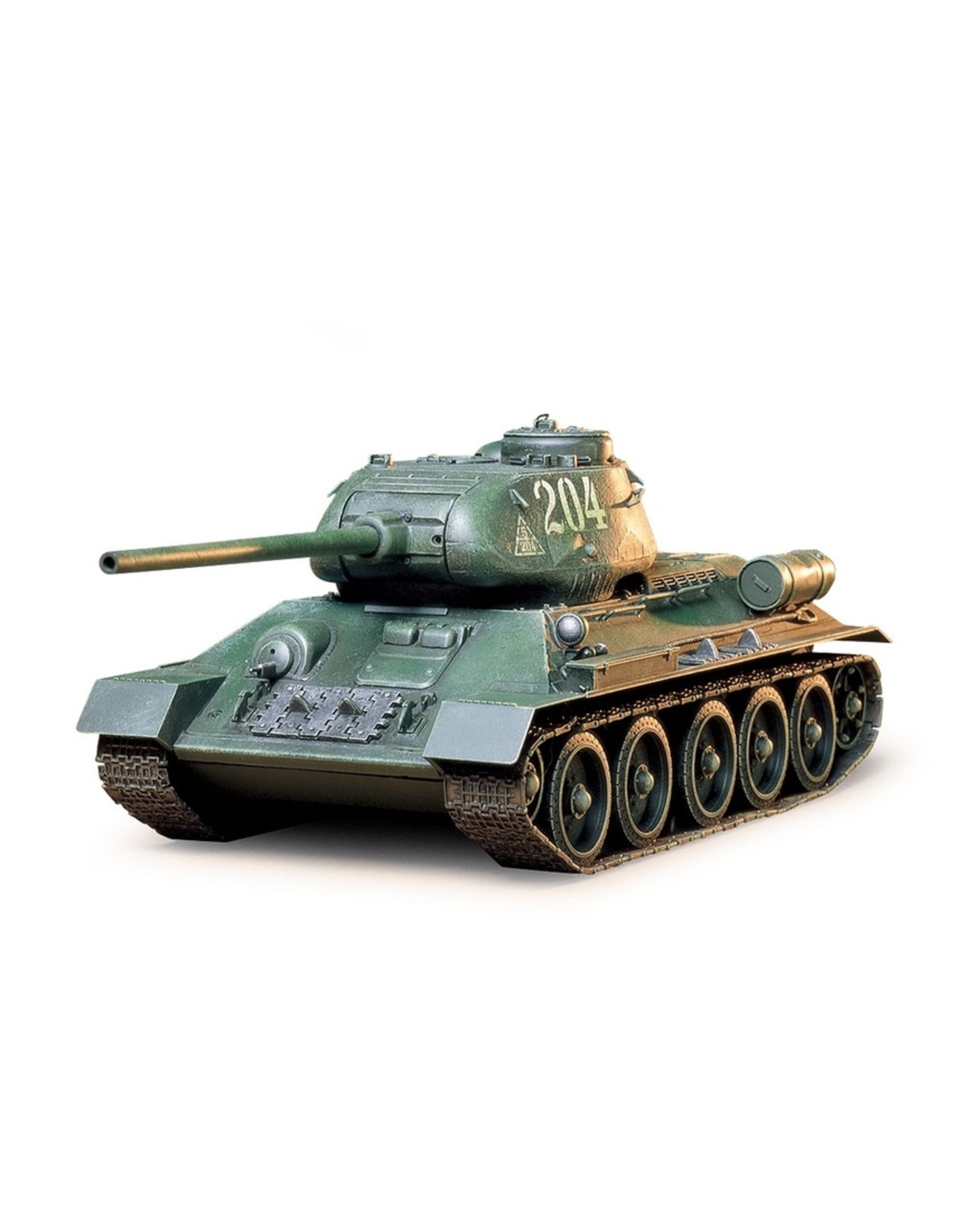 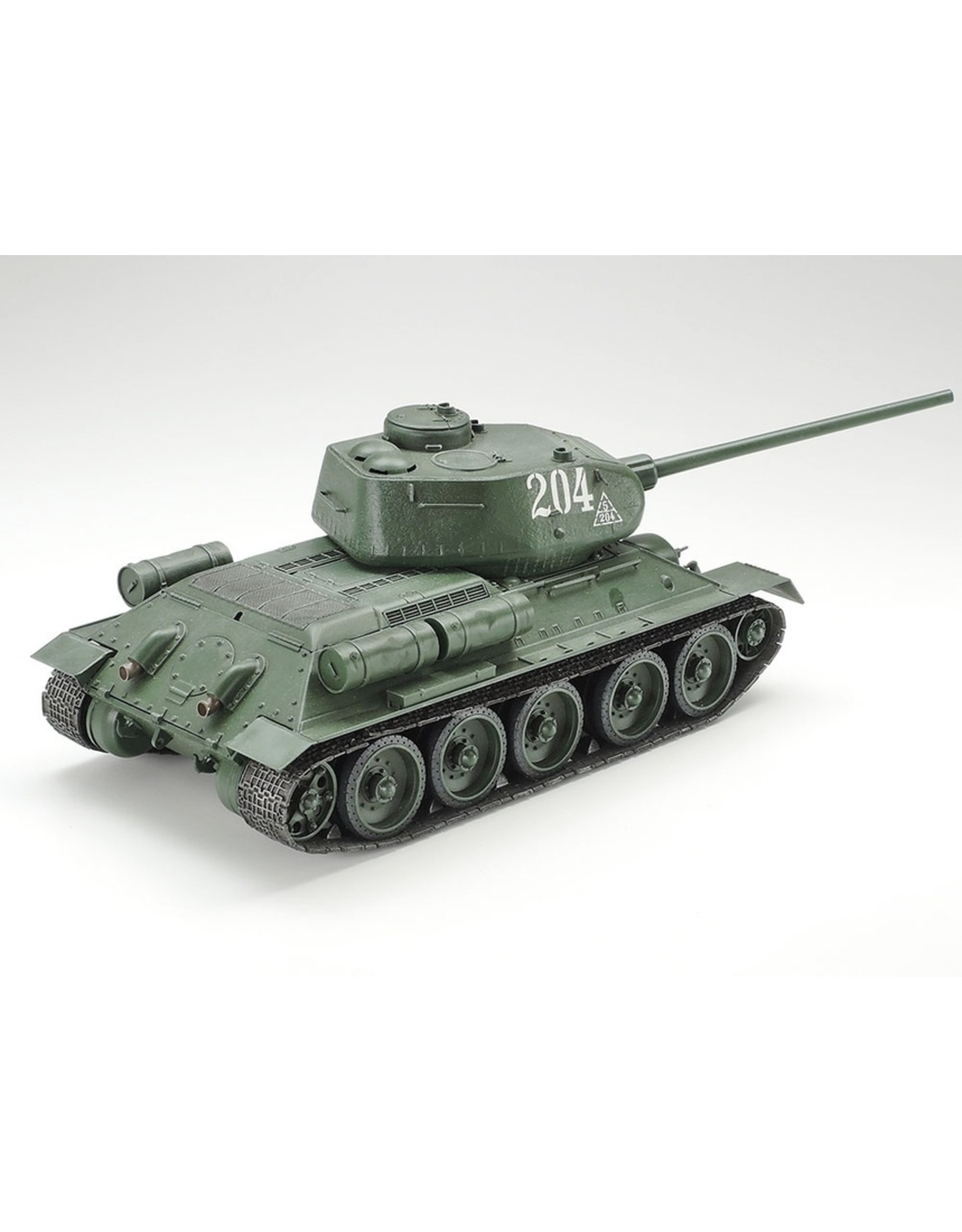 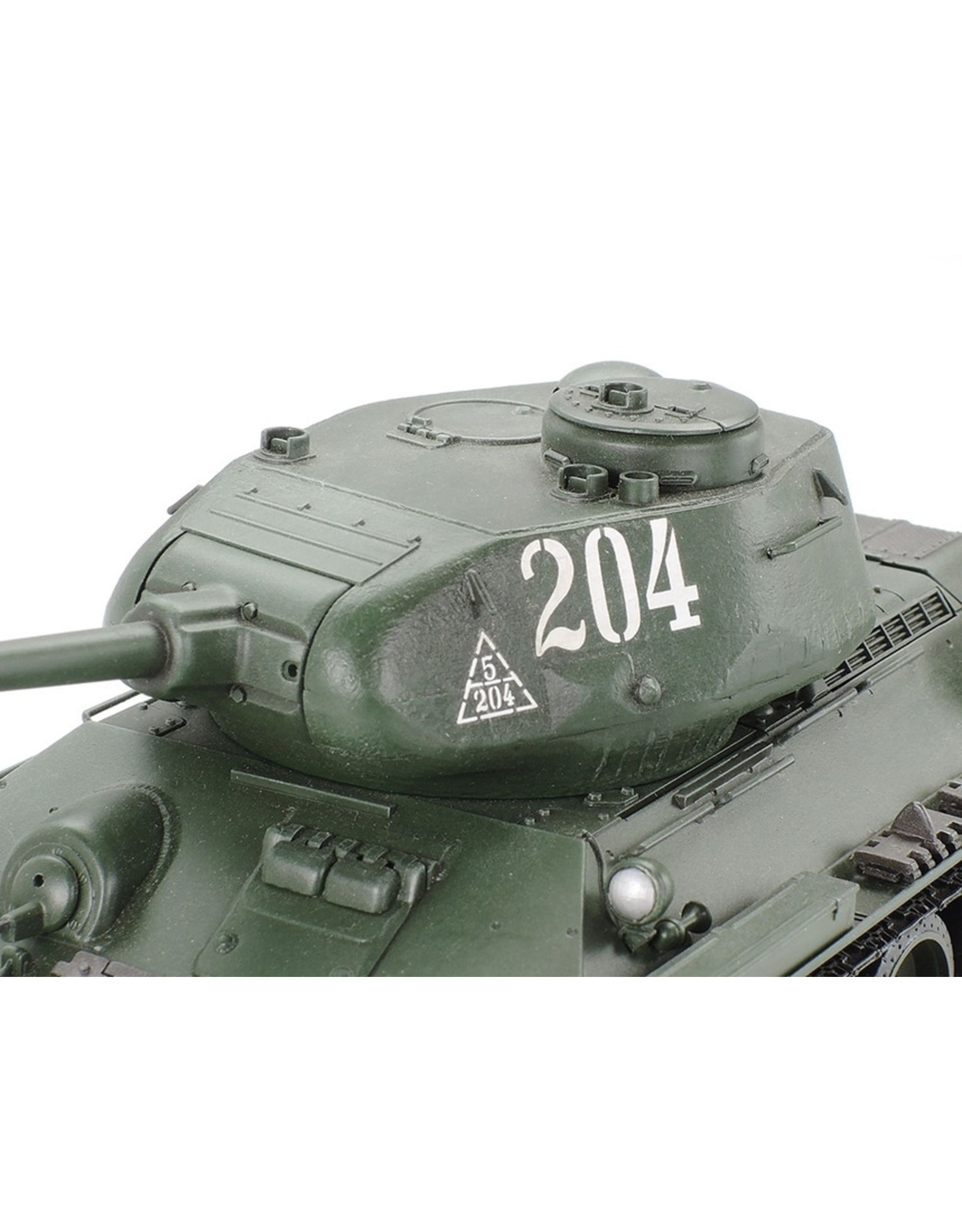 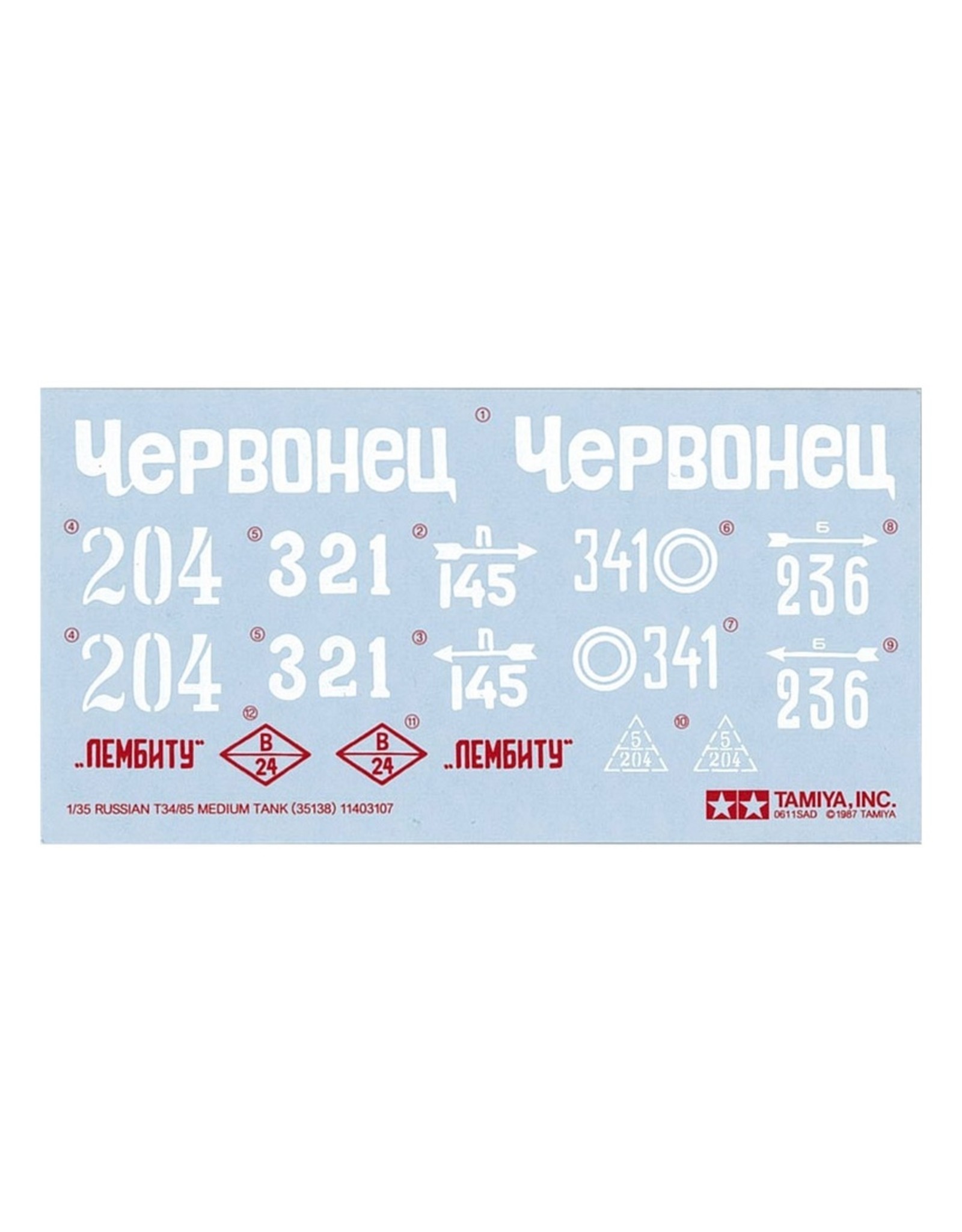 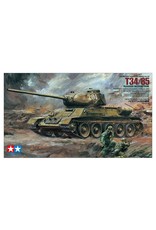 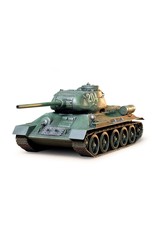 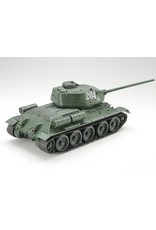 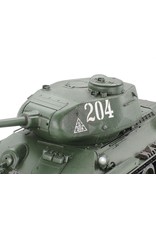 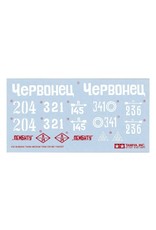 The T34/85 was built with the aim of overpowering the new and improved German Tiger and Panther tanks which the Russian forces were encountering. It was given a powerful 85mm main gun and a 3-man turret enclosed by cast-iron heavy armor, while the hull featured sloped armor. Nonetheless, it was a relatively lightweight vehicle and thanks to the power supplied by the 500hp V-12 diesel engine was very maneuverable. Around 29,000 were produced between late 1943 and June 1945, and together with its predecessor the T34/76 it provided the impetus for the Russian advance on Berlin.