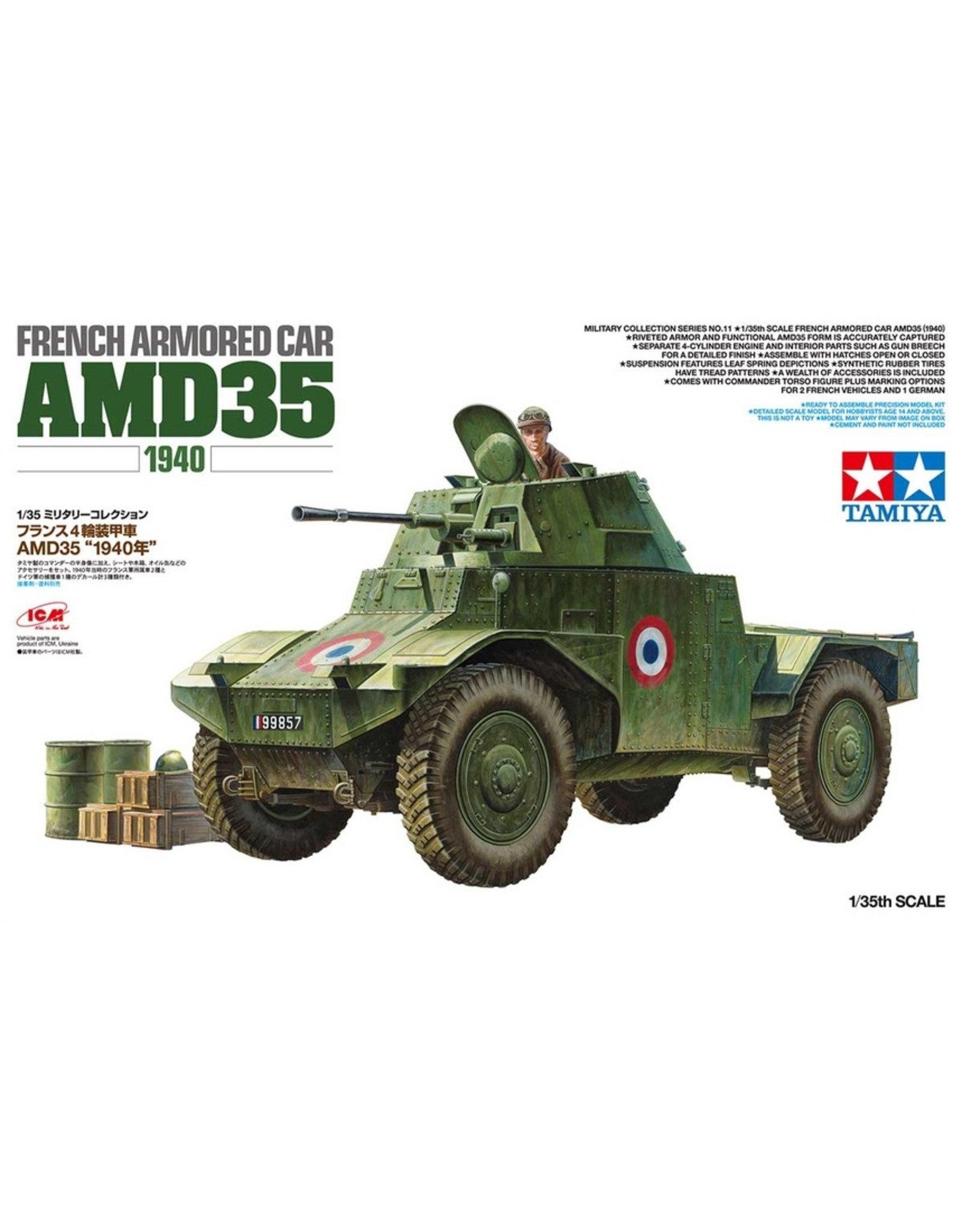 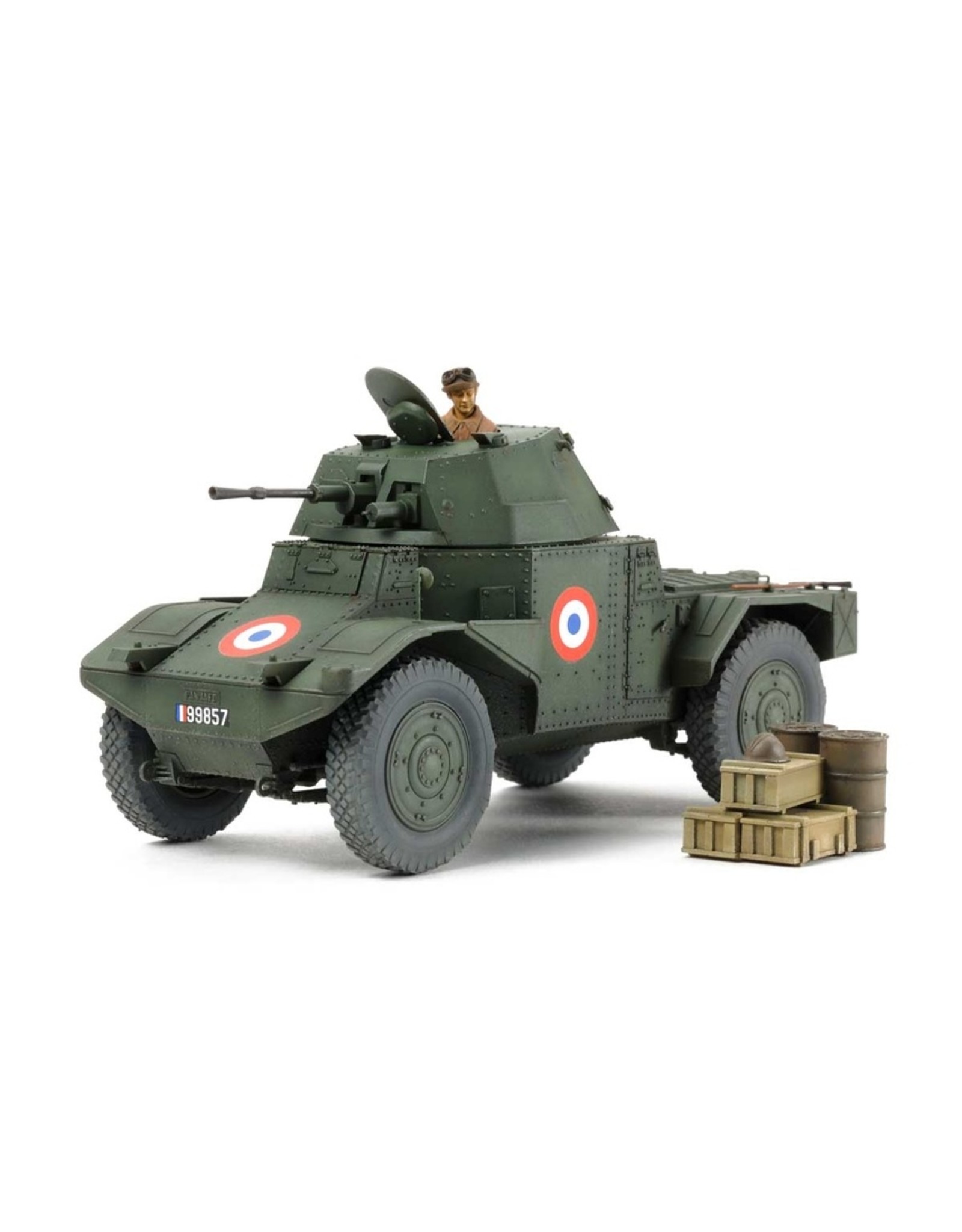 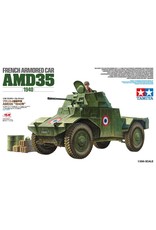 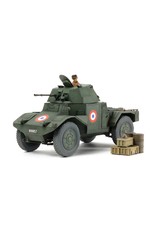 This assembly kit recreates the AMD35, a 4-wheeled armored car deployed first as a reconnaissance vehicle by French cavalry units, and then by conquering German troops after the Fall of France in 1940. It was a mobile vehicle, able to transport its 4-member crew at speeds of up to 72km/h thanks to the 105hp engine. Around 360 were produced by 1940.
The armored car itself is an ICM classic kit with the addition of Tamiya accessories, figure, instructions, package, and more!