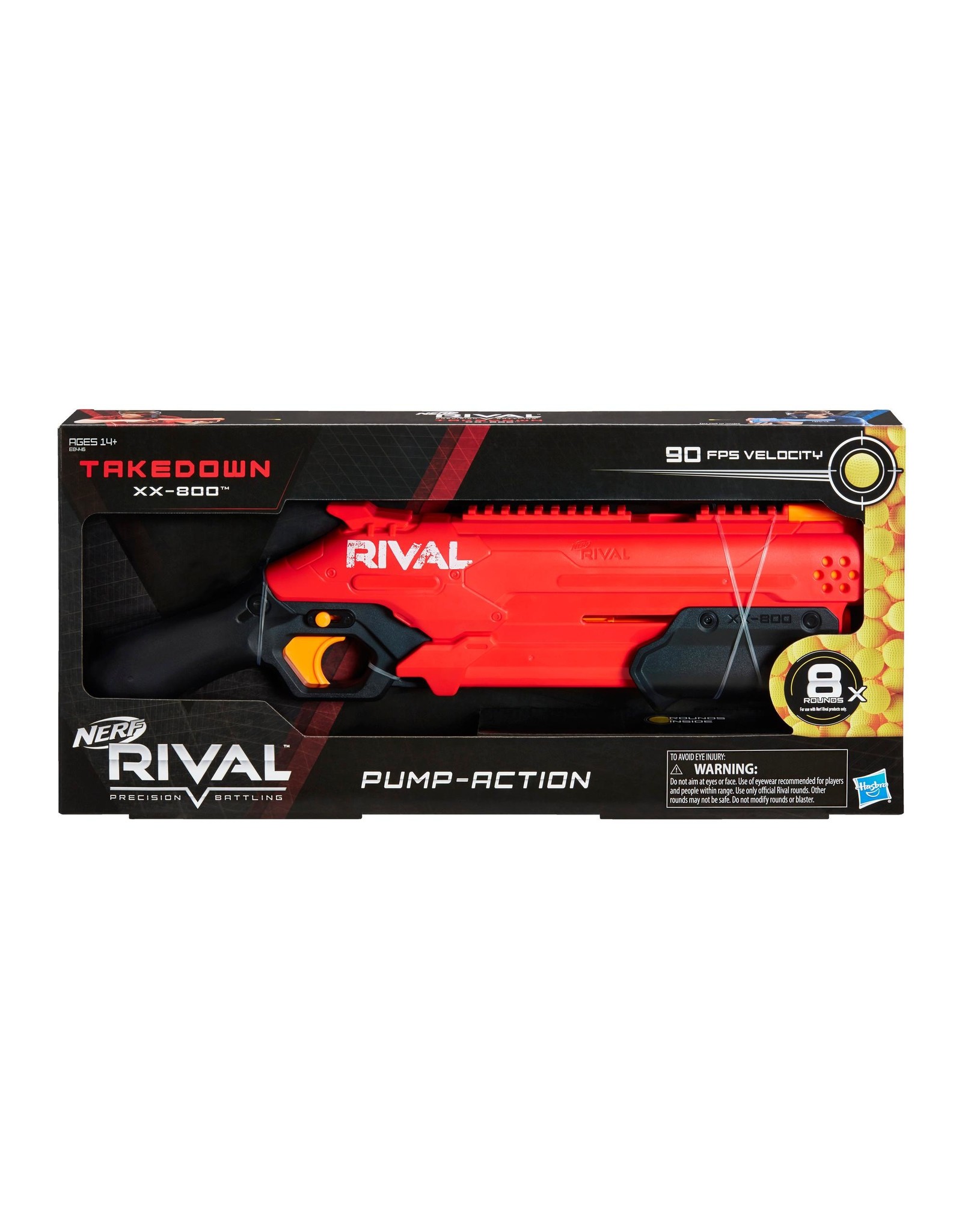 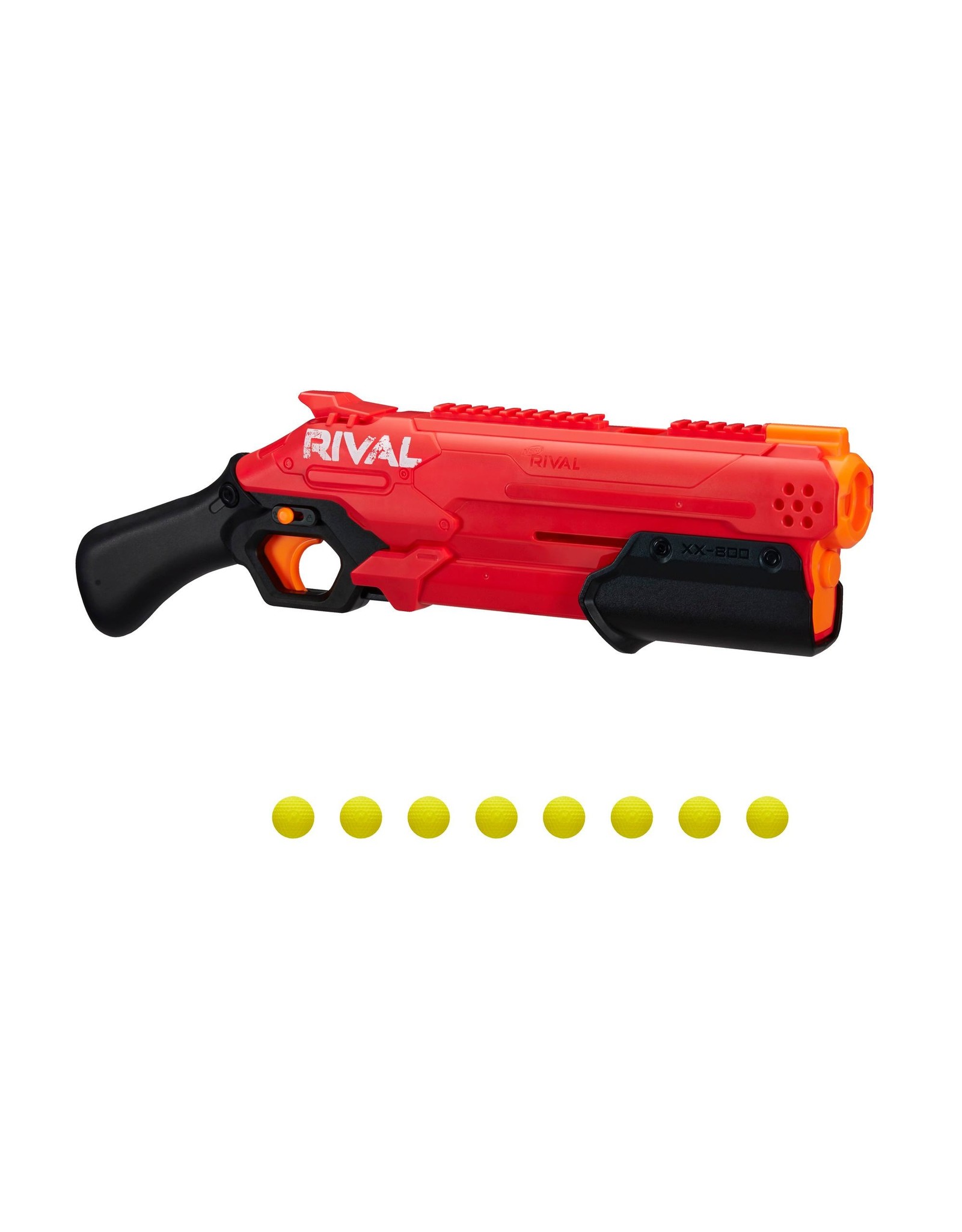 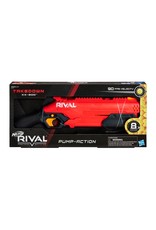 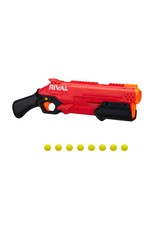 Take on and take down all challengers in Nerf Rival games with the pump-action Nerf Rival Takedown XX-800 blaster. Load this spring-action blaster, pump the priming handle, and press the trigger to fire 1 round. The Takedown XX-800 blaster has an 8-round capacity, so choose your targets and fire 8 rounds in a row. Go the distance with this Team Red blaster that launches rounds at 90 feet per second. Easy loading: Pull the handle back to open the breech, load 8 darts into the chamber, push the handle forward, and press the trigger to fire 1 round. Move the handle backward and forward to prime the blaster for the next shot. A trigger lock prevents it from firing accidentally. Includes 8 Official Nerf Rival rounds.

Nerf and all related properties are trademarks of Hasbro.

WARNING: Do not aim at eyes or face. Use of eyewear recommended for players and people within range. Use only official Rival rounds. Other rounds may not be safe. Do not modify rounds or blaster.

For use with Nerf Rival products only.