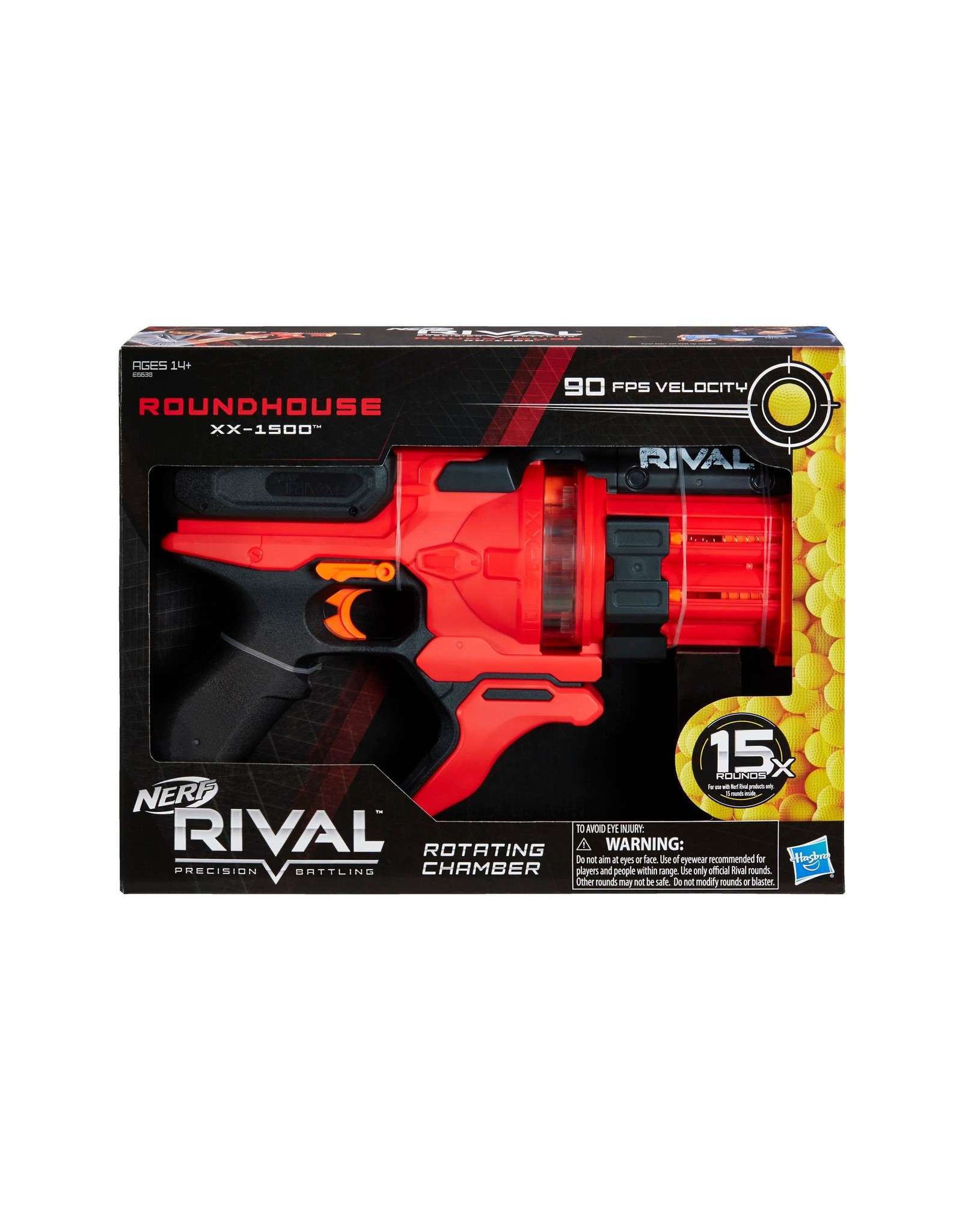 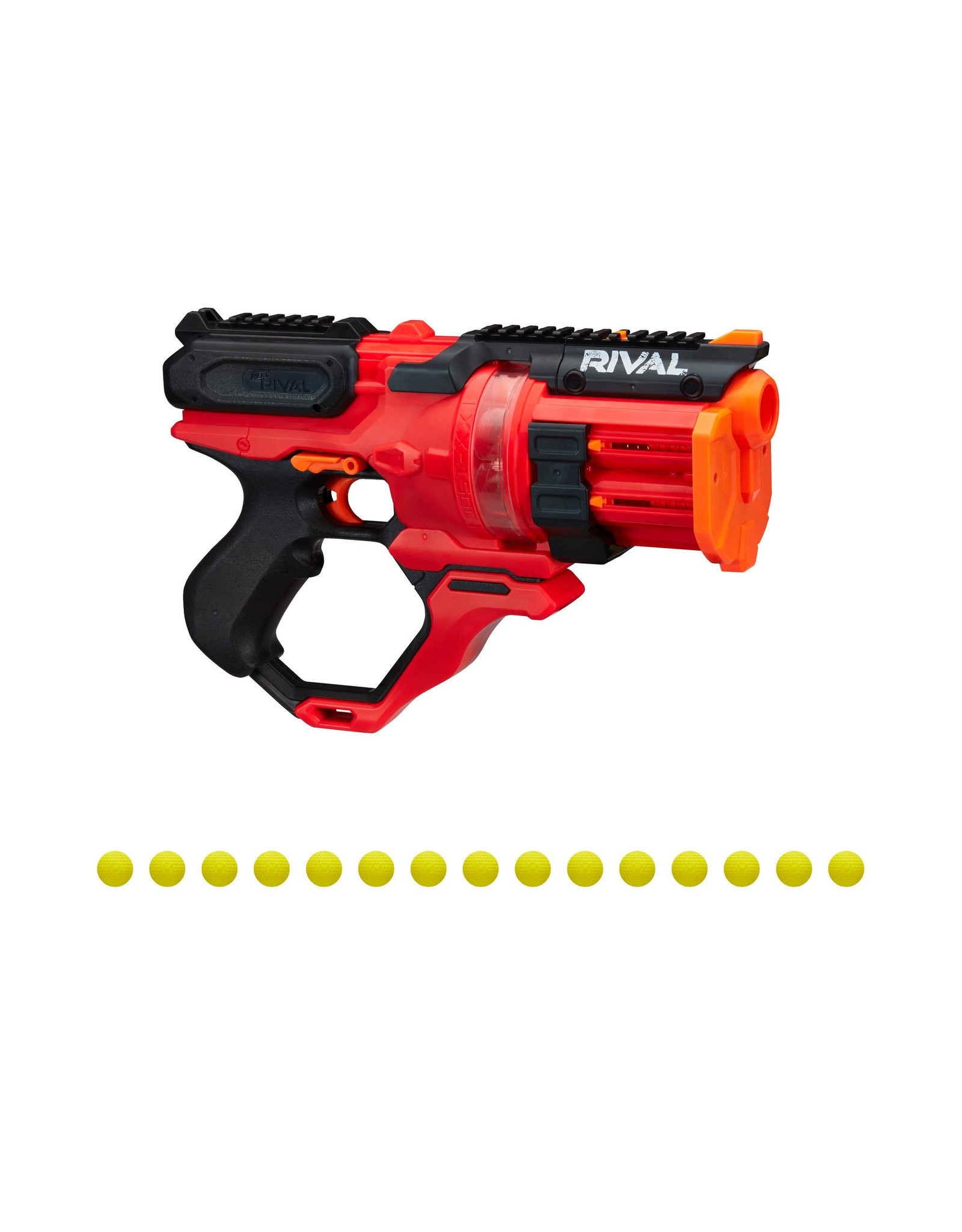 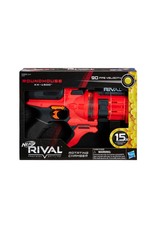 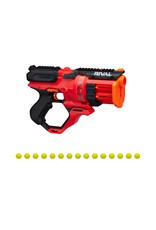 Smash into intense action with Nerf Rival Roundhouse XX-1500 blaster! It features a clear chamber that holds 6 rounds -- prime the blaster and the chamber rotates, aligning a round into firing position and reloading another round into the chamber. The blaster's 5 integrated magazines each hold 3 rounds, giving you a total of 15 rounds for high-capacity blasting in a compact size. As the magazines empty, you can to see inside the chamber to know when you're down to your last few rounds and need to reload the magazines. Show off your aim and accuracy as you fire rounds at a velocity of up to 90 feet per second from this spring-action blaster that fires 1 round at a time. Includes 15 Official Nerf Rival Rounds, enough to fully load all 5 magazines. A trigger lock prevents accidental firing. Includes 2 tactical rails. No batteries required. Eyewear recommended (not included).

Nerf and all related properties are trademarks of Hasbro.

NERF RIVAL ROUNDHOUSE XX-1500 BLASTER WITH CLEAR ROTATING CHAMBER TO SEE THE ROUNDS INSIDE: -The chamber rotates to line up a round into firing position and load another round into the chamber

15-ROUND CAPACITY INTEGRATED MAGAZINES FOR HIGH-CAPACITY BLASTING: The blaster has 5 integrated magazines that each hold 3 rounds, giving you a total of 15 rounds to unleash on the opposing team

90 FPS VELOCITY: Fire rounds at a velocity of up to 90 feet per second with Nerf Rival accuracy from this Team Red blaster

WARNING: Do not aim at eyes or face. Use of eyewear recommended for players and people within range. Use only official Rival rounds. Other rounds may not be safe. Do not modify rounds or blaster.

For use with Nerf Rival products only.