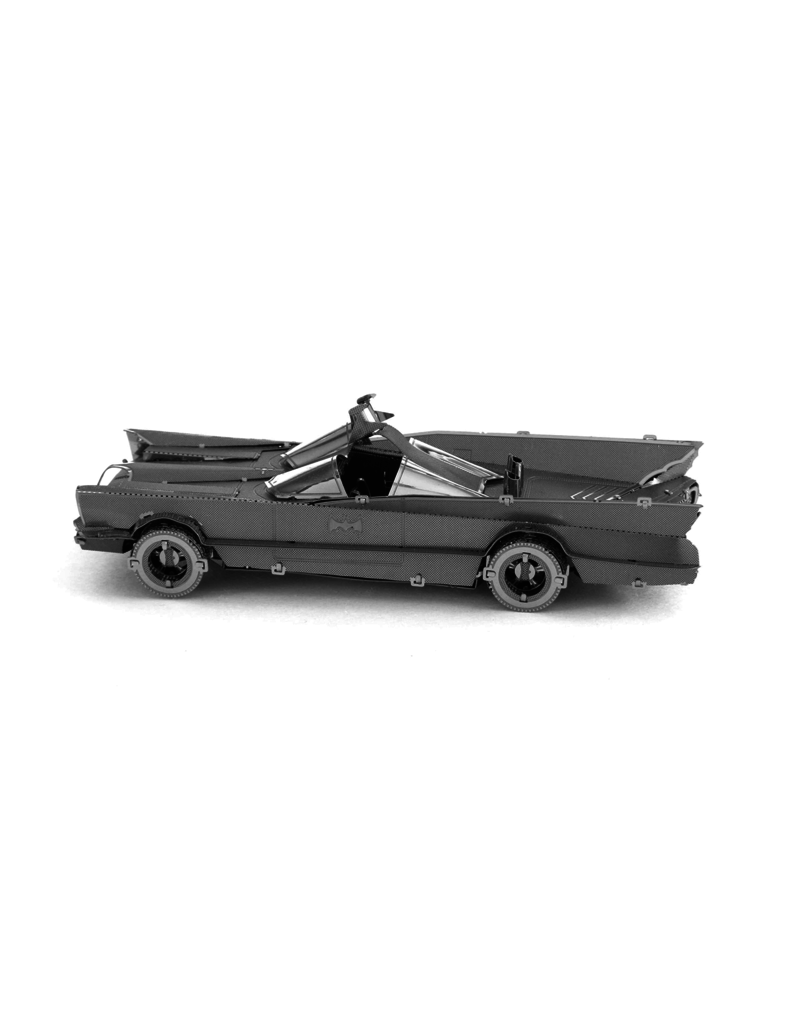 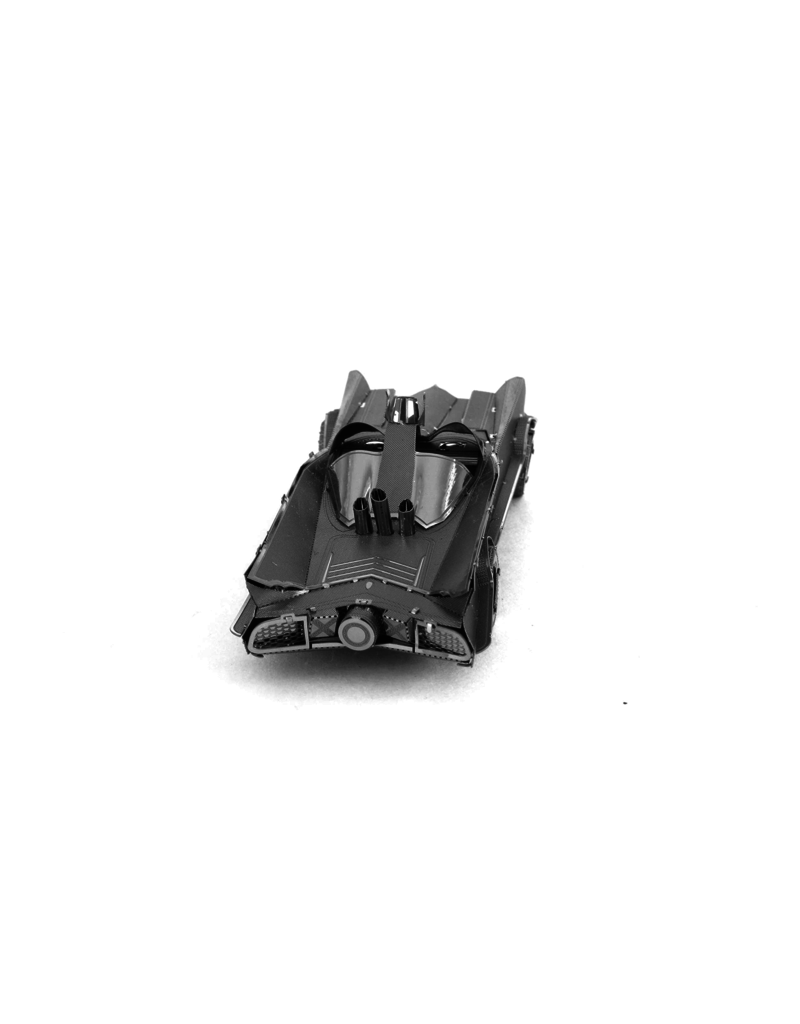 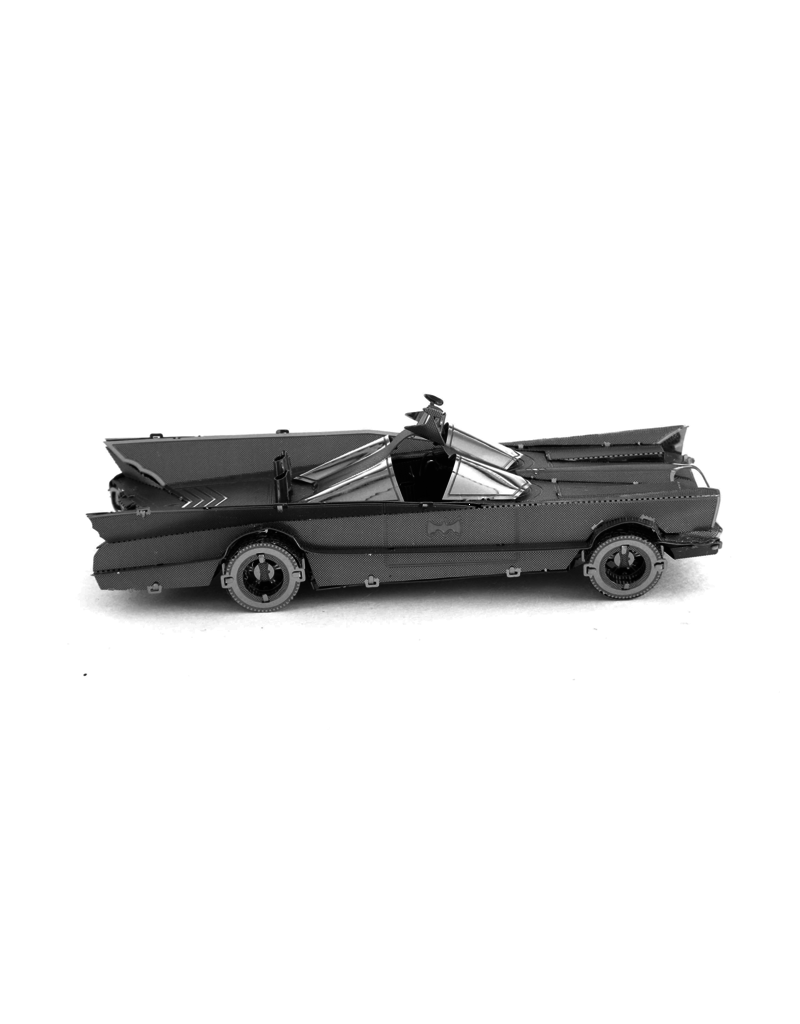 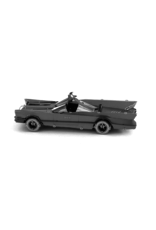 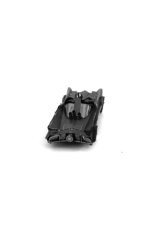 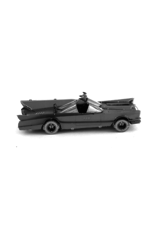 The 1966 Batmobile from the live action television show began life as a Ford concept car called the Lincoln Futura. The body of the Futura was fabricated by Ghia of Italy, whose artisans hammered the car's panels over logs and tree stumps carved as forms to create the sleek manta ray-like car. The extra-large bat-trunk in the Batmobile holds various crime-fighting equipment and has plenty of space to fit eight people comfortably. The windshield is bulletproof. And of course, the Batmobile is not without its helpful gadgets including the nose-mounted chain slicer, lasers, rockets, an on-board telephone, radar, dash monitor, on-board computer, and police beacon, among others.