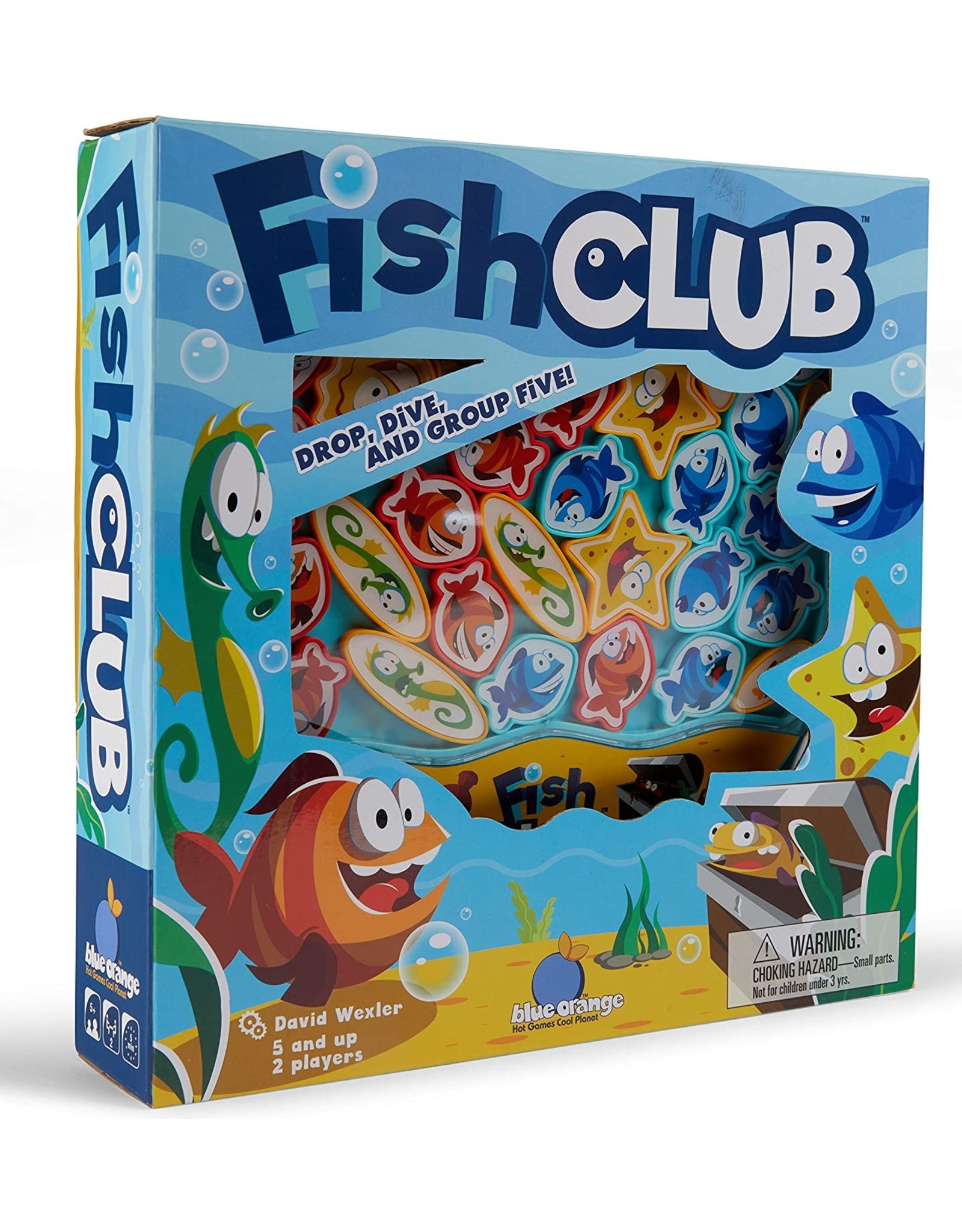 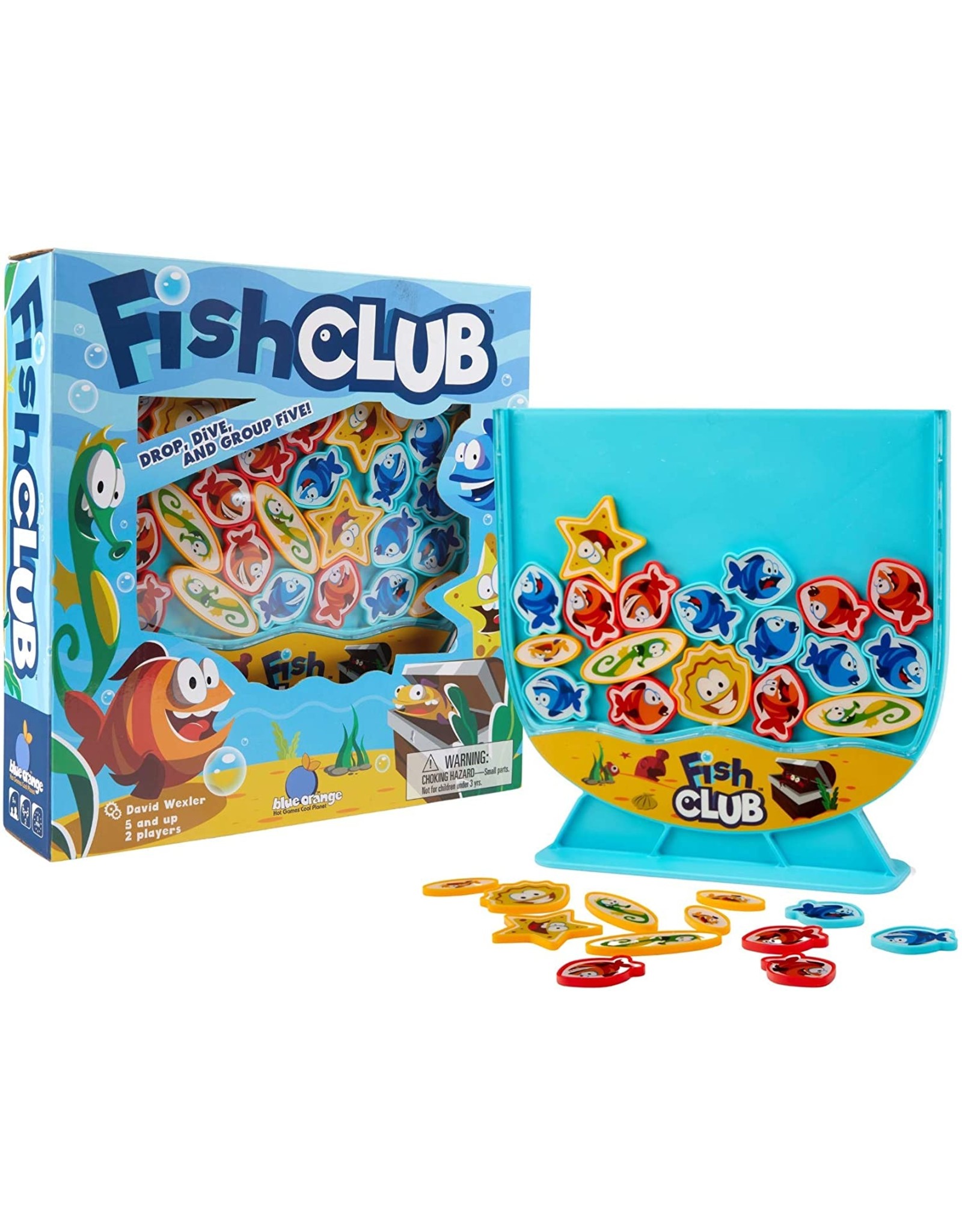 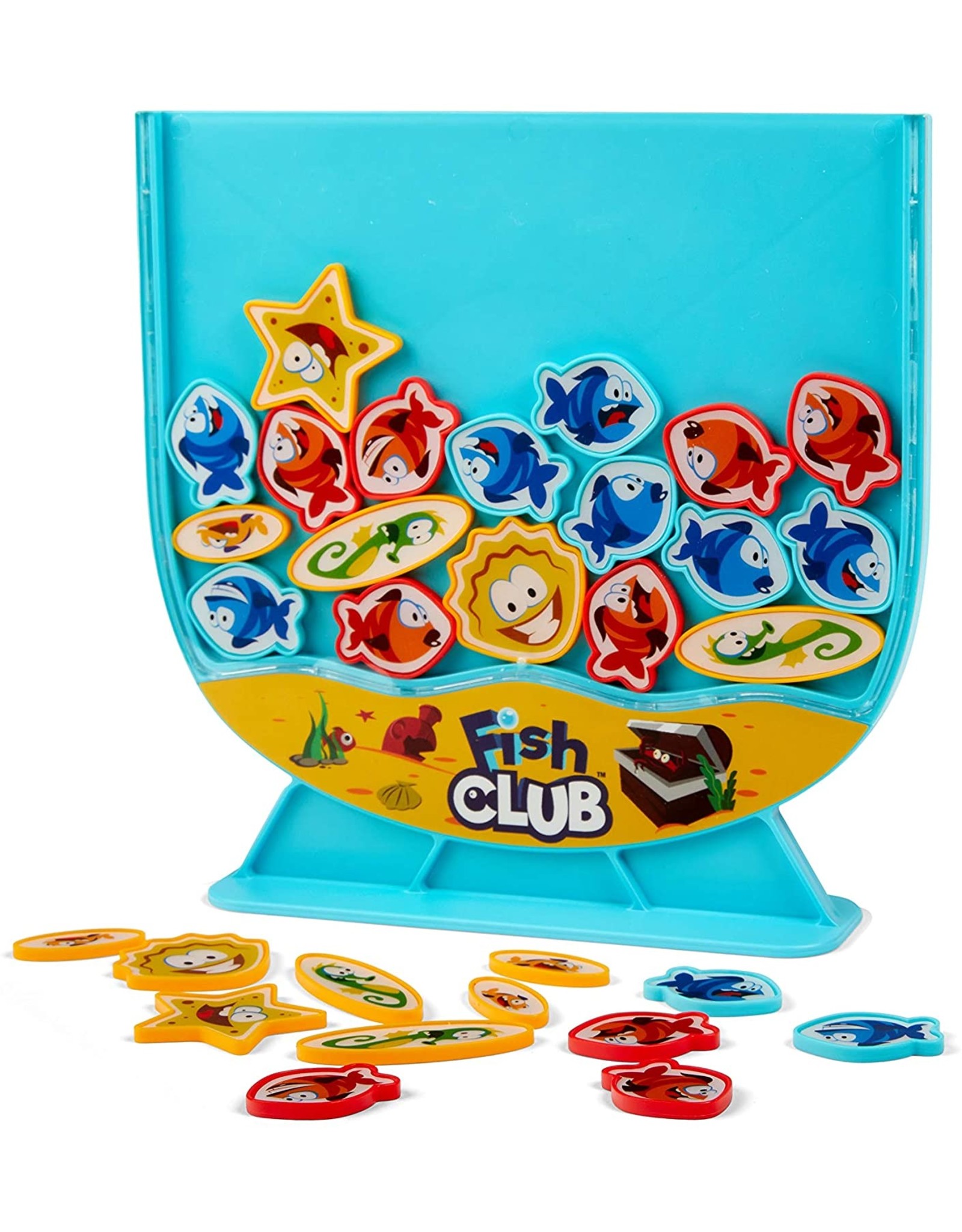 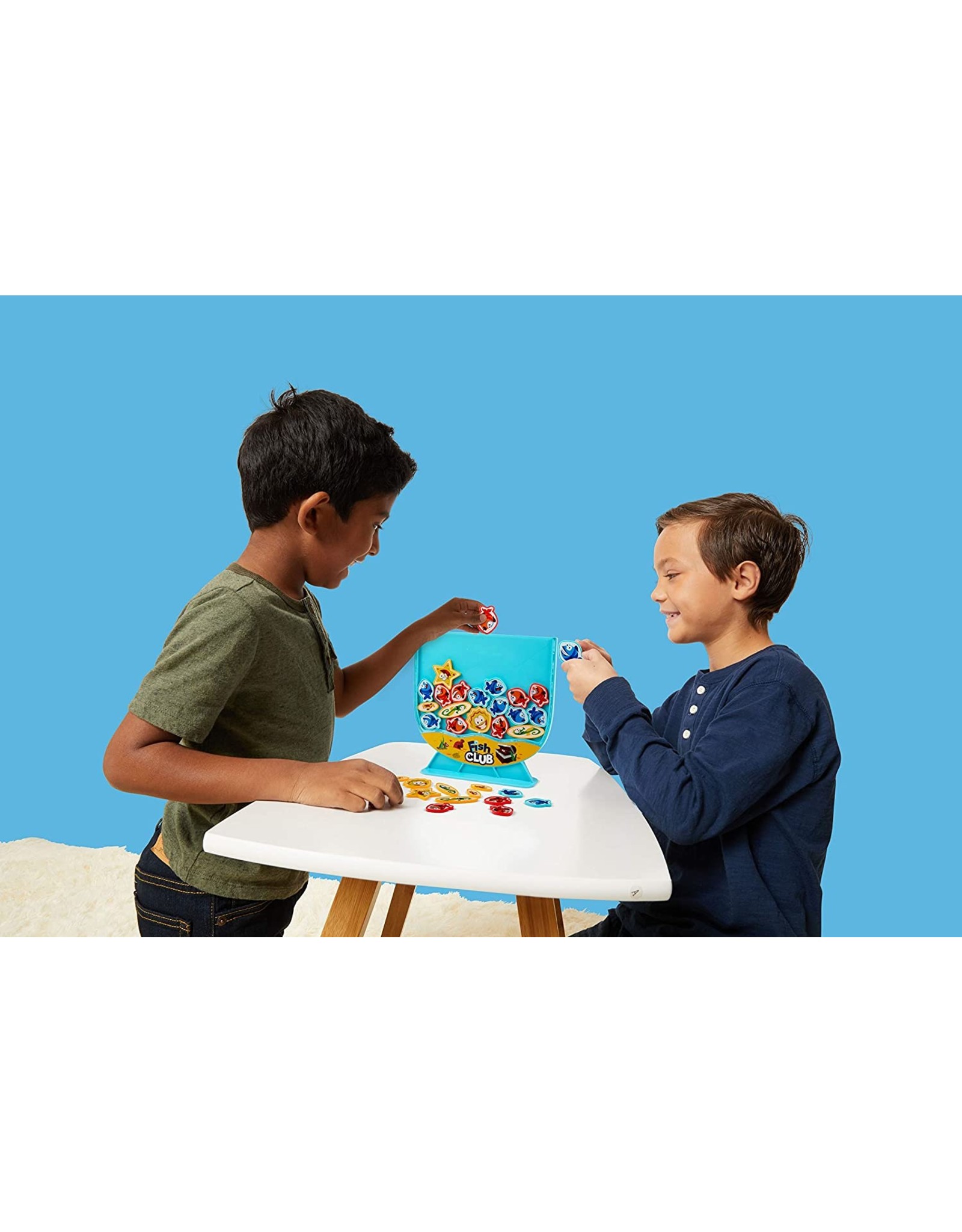 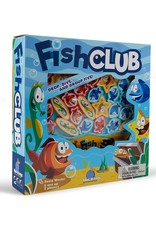 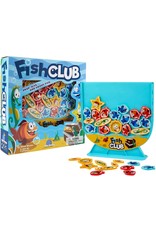 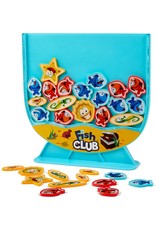 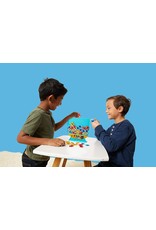 Two families of fish are going head to head for the best spot in the new aquarium! On your turn, choose one of your fish pieces and drop it. Be careful as pieces bounce in unexpected directions and sea creatures try to block the fish from forming a group!

Involving strategy and exciting unpredictability, Fish Club was invented by American film director, David Wexler, who is the son of Howard Wexler, creator of the famed children’s game Connect 4. Intended for children aged five and up, Fish Club is destined to become the next classic two-player game given its tie to such a beloved game for past generations of children and families.

The ultimate goal of Fish Club is to be the first of two players to connect five fish pieces in the aquarium. Unlike Connect Four which has a structured grid, Fish Club is more unpredictable as once the fish are dropped in from the top of the tank, they are able to bounce and move around the “water.” An additional unexpected element of the game is the use of blocker “sea creature” pieces which players can use to prevent their opponent from forming a full group of five fish. The game can be played again and again to see how to quickly link five fish and out beat one’s opponent.