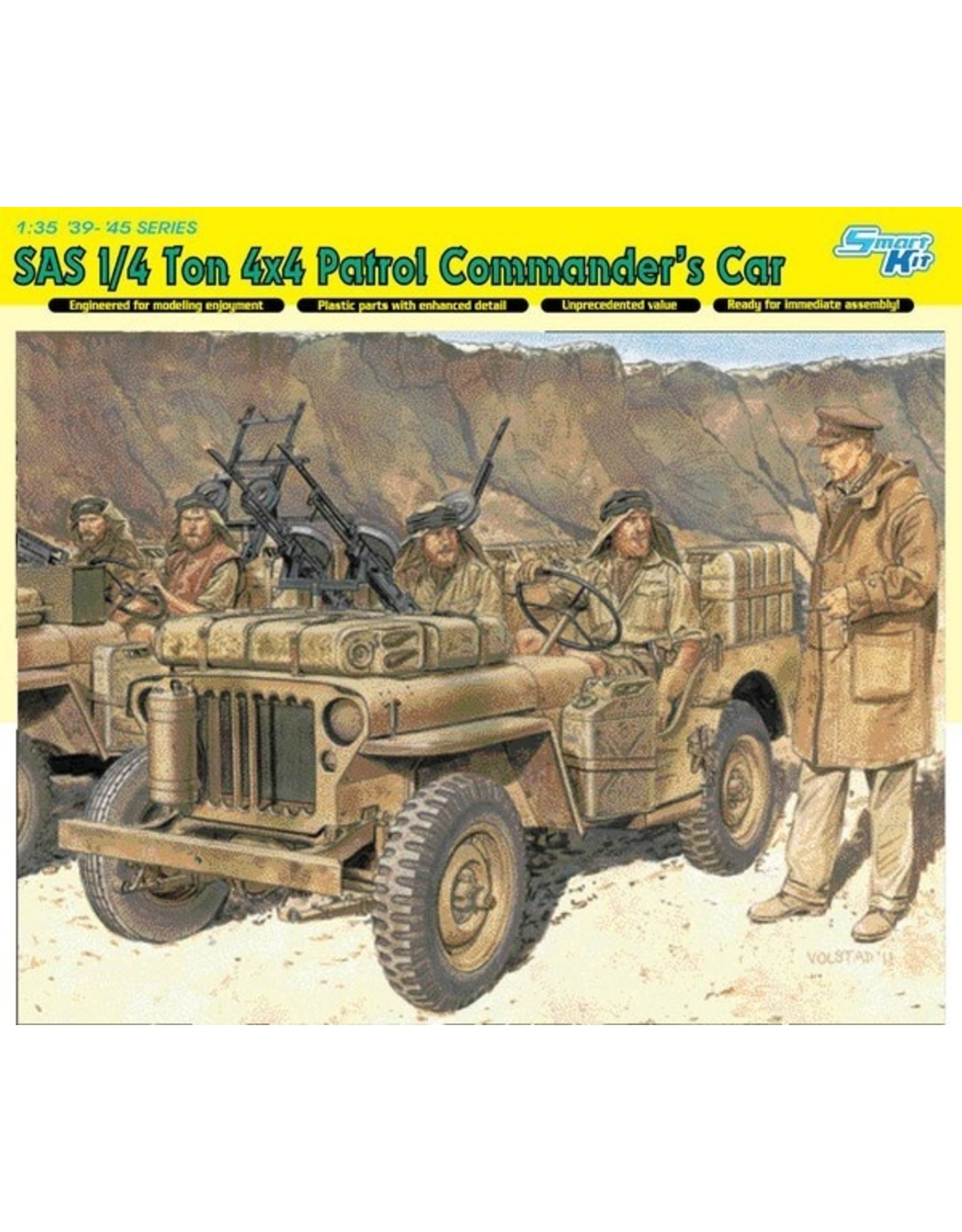 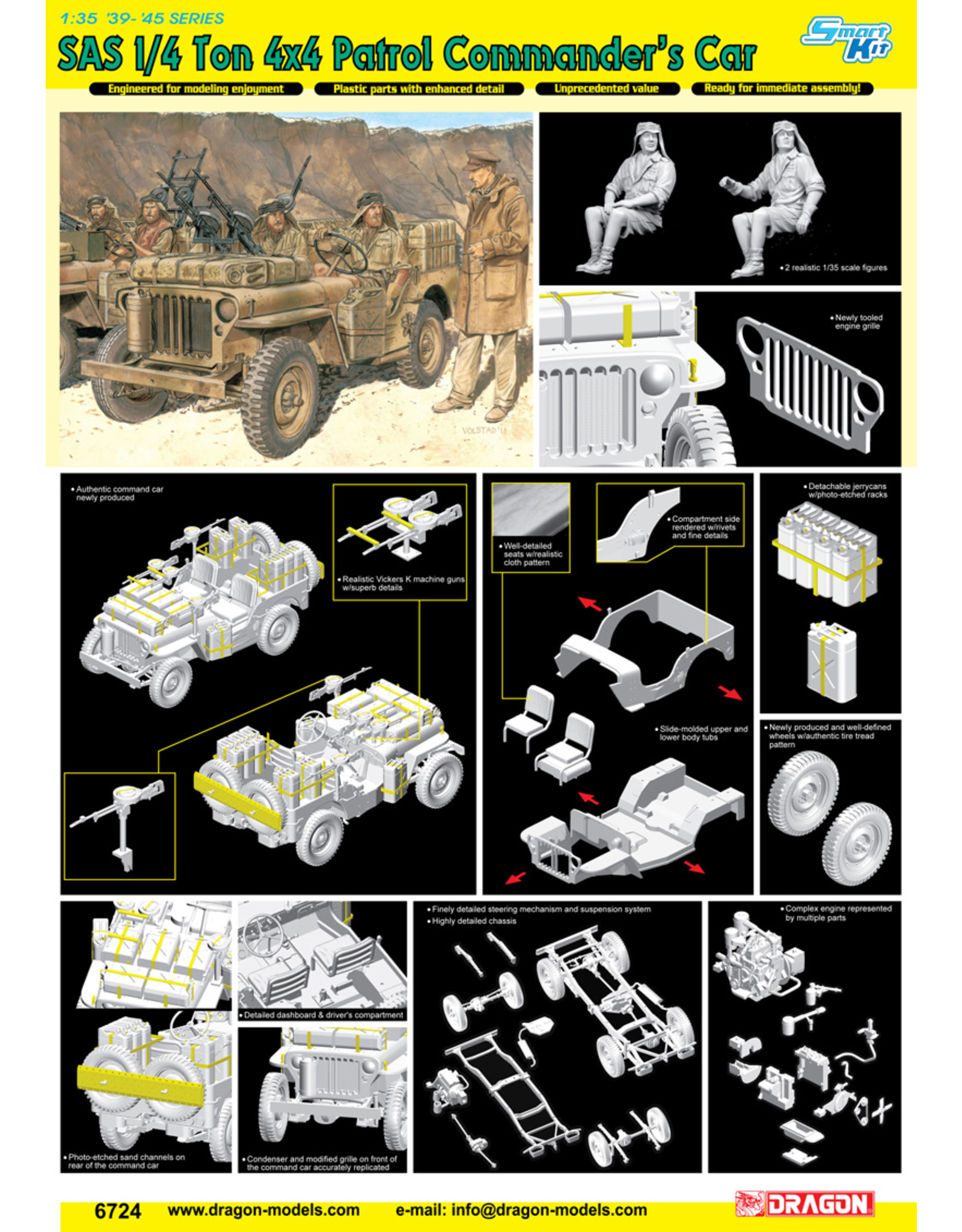 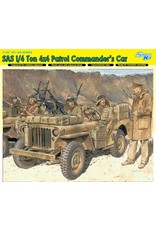 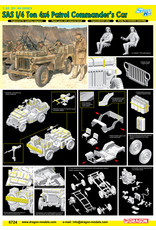 The famed Special Air Service (SAS) of the British Army was formed in July 1941 by David Stirling. It was a commando force designed to operate deep behind enemy lines, something it did very successfully in several theatres during WWII. The second mission of the SAS in the desert was a huge success. Attacking three airfields in Libya, the task force destroyed 60 aircraft without loss to itself. Specially adapted vehicles were widely used in North Africa, including the subject of this new release from Dragon. It is the famous 4x4 ¼-ton Truck, though heavily modified for its behind-the-lines role. The vehicle began appearing in July 1942; they were generally stripped down to save weight and for operations in the hot climate, the grill was removed and a water condenser fitted. Weapons such as Lewis and Vickers K machine guns were mounted for use against ground or aerial targets.

Dragon’s new 1/35 scale model kit is based on a previous release of the standard 4x4 Truck, but it shows a vehicle heavily modified for desert operations by the SAS and LRDG. It is heavily loaded with weaponry, and jerry cans containing spare fuel and water, to allow reconnaissance missions deep behind the frontlines. Even the complete engine is included, which allows a modeler to depict a maintenance scene. Also of great utility is the two-man crew that comes in the box, showing SAS members in typical garb of the day sitting inside their vehicle. This exciting kit is accurate in every detail, and it reproduces vehicles widely seen in contemporary photos from WWII. This 4x4 vehicle is ready to range across the desert sands of North Africa!