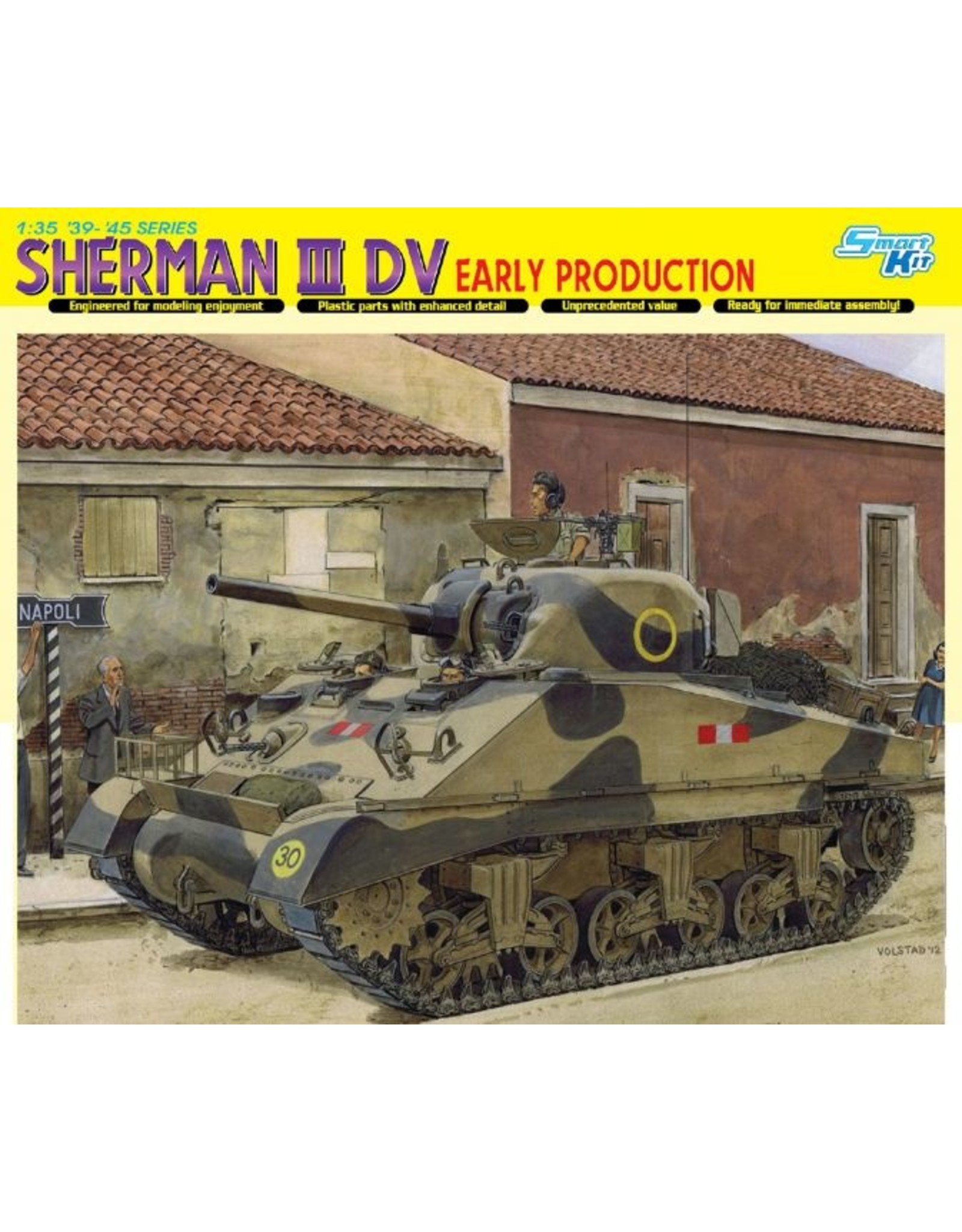 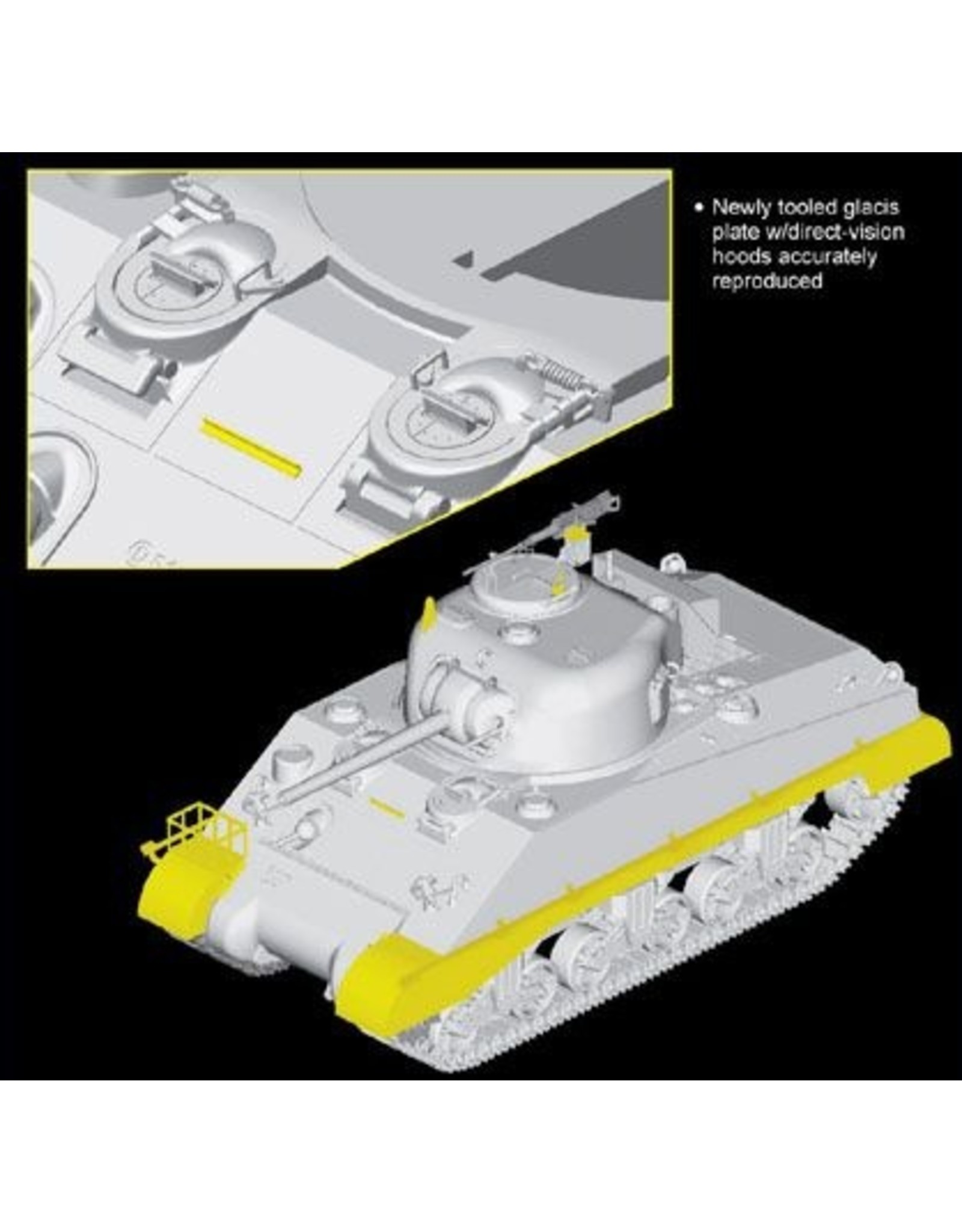 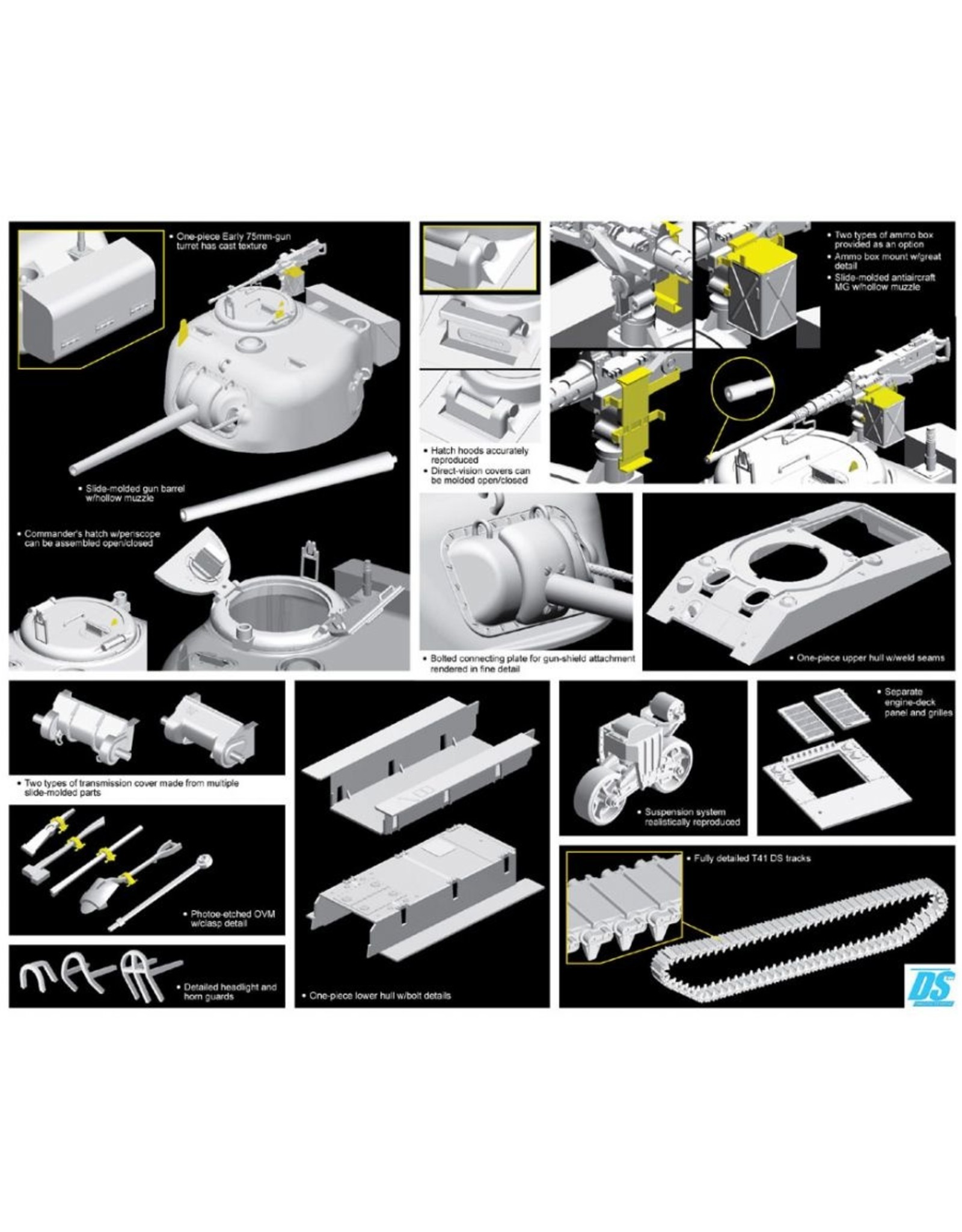 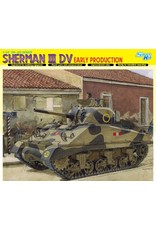 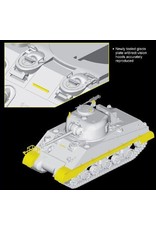 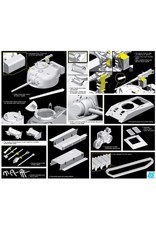 The industrial might of the USA guaranteed mass production of thousands of M4 Sherman tanks, with many being given to Allies under the Lend-Lease Act. Great Britain was one major recipient of Shermans (17,184 vehicles in total), and Dragon's latest release depicts one such vehicle. Kit No. 6573 is a Sherman III Early-Production vehicle, the British nomenclature "III" referring to an M4A2. The British operated more than 5,000 of these diesel-powered Sherman III tanks with 75mm guns during WWII, making it the second-most common Sherman variant in British service. Many fought in North Africa and Italy, for example. This kit has Direct Vision (DV) slots for the driver and co-driver in the glacis plate, with this feature being a forerunner to vehicles equipped with periscope vision devices.

Building on the success of earlier Dragon Sherman IIIs, this latest kit has received newly tooled parts where appropriate for a DV Early-Production vehicle. For easy assembly, the upper hull and lower hull are both created as one-piece components thanks to sophisticated slide molds. The plastic turret has received a finely textured surface that beautifully renders the original cast pattern. Two types of transmission cover are provided, which will allow modelers to replicate a specific tank. The highly accurate kit benefits from multimedia materials too, to upgrade particular details - for example, photo-etched parts and DS tracks. Naturally, high-quality Cartograf decals provide markings for a range of British tanks. This tank is a very useful addition to the Sherman kit family, and it will definitely please Shermanaholics... as well as everyone else too!